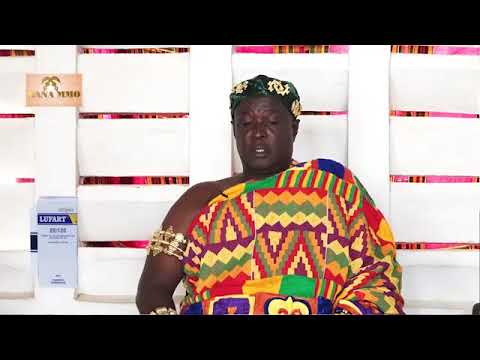 The Chief of Wiamoase in the Sekyere South District of the Ashanti region, Nana Boakye Yiadom has described nurses as “the most wicked of all professionals in Ghana and in the world at large”.

According to him, nurses, since the time of “Jesus Christ”, have been so insensitive that, they feel no remorse in denying women in labour beds to lie on to give birth.

“They even did it to Jesus; when Mary was in labour, it was nurses who told her that there was no bed for her to lie on”, he said in church on Sunday.

Nana Boakye Yiadom was speaking as the Special Guest of Honour at the 2019 Sekyere Presbytery Youth Convention of the Presbyterian Church of Ghana when he made the remarks.

He was addressing a gathering of more than six hundred members of the Young People’s Guild (YPG) of the Presbyterian Church, drawn from all the fifteen districts under the Sekyere Presbytery, who were being hosted by the Riis Congregation at Wiamoase.

“I want to put you to a small test to ascertain the most wicked professionals in Ghana”, he told the congregation; “which people told Mary there was no bed when she was in labour”, he quizzed.

“My wife was once in labour and when I took her to the hospital, and the nurses said there was no bed; I became very sad, but was not surprised because they even did same to Jesus Christ”, he recounted.

“So who are the most wicked professionals on earth”, he queried as the congregation responded with a chorus, “nurse”.

To curb the no bed syndrome in his town, Nana Boakye Yiadom said he has personally financed the renovation of wards and stocked them with many beds, in two mission health facilities in Wiamoase.

He said the no bed syndrome is a worrying situation which must be checked in all health facilities in order to avoid many preventable deaths in the country.