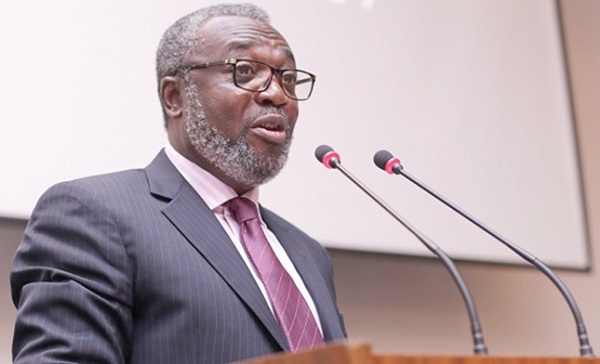 The Nursing and Midwifery Council of Ghana has suspended a midwife, Sarah Serwah Major, and an enrolled nurse, Susana Adu, for unprofessional conduct.

This follows complaints received from clients of the two. They will both serve a three-year ban from their professions.

The council has ordered the pair to return their licence and practice cards and certificates of registration to the registrar of the council.

According to the press statement announcing their suspension, the complainant (name withheld) went into labour on Thursday, November 30, 2017 and visited the hospital where Sarah Major was midwife to be delivered of the baby.

Prior to this, the couple had visited the hospital, where the midwife had briefed them of her professional experience, also telling them that she does not usually perform episiotomies (a surgical procedure to assist childbirth), but would have backup plans in place in case of any eventualities.

The complainant told the council that after initial examination, Sarah Major asked her to return home as she was not properly dilated. She returned in the morning of December 4, 2017 and was delivered of her baby.

She told the council that during and after the delivery, she noted that the midwife asked her husband to cut the umbilical cord with a blunt tool, and used her gloved hand to touch other unsanitary items, including her phone during the delivery.

She also related how Mrs Major had tried to forcibly and manually remove the placenta amid excessive bleeding, succeeding in removing part of the placenta from her uterus.

Mrs Major did not also consult with any doctor, although she had assured them of this prior to delivery. She also refused their request to refer her to another hospital. She told the council that it was only after persistent pressure that she was driven by her husband to a nearby facility for treatment.

The council received a complaint of malpractice against Susanna Adu, and after initial investigations, a prima facie case was established against her.

According to the press release, the complainant on December 5, 2015 noticed that his three-year-old son had a high temperature and therefore took him to Doku Memorial Clinic. Upon their arrival, they met Susanna Adu, who examined the child and gave him two injections on the buttocks. She later prescribed some medicines to be bought and administered to him.

According to the complainant, “She asked us to go home with the assurance that the boy will get well and also told me not to let the boy walk. After two days, the boy’s condition was worse and so we took him again to the Doku Clinic because the boy could not walk, talk or see properly. We met the same woman, but this time she called another person to come and examine him. The man, upon observation, advised we take him to either Alpha or Ridge Hospital. We asked for a referral letter, but they could not provide us with one. They told us to go to the hospital but should not inform the authorities that the boy had received any medical attention earlier.”

The complainant disclosed that he opted to take the boy to the Legon Hospital, where he was rushed to the emergency ward, examined and given oxygen at about 10pm. That same the boy died.

In the case of Sarah Serwah Major, the 14th Governing Board, at its fourth sitting, concluded based on the findings of the professional and disciplinary committee that she had breached professional standards of practice for registered midwives and also failed to observe the standard guidelines for referral of patients and the national guidelines for recording and reporting births.

As part of its sanctions, it directed Mrs Major to undergo continuous professional development training after serving the period of suspension.

In the case of Susanna Adu, the professional and disciplinary committee of the governing board concluded that she had engaged in instances of professional malpractice. The 14th Governing Board then took a decision to suspend her for a period of three years, retrieve her enrolled General Nurse certificate for the period, and also directed that she not be issued with a licence to practice during the period of her suspension.