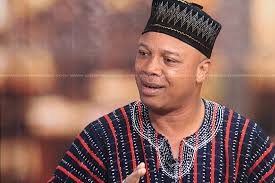 The National Democratic Congress (NDC) Minority in parliament has said government’s indebtedness to power sector entities as at the end of 2018 was over $2.3 billion ($2,378 million).

Mr Adam Mutawakilu, ranking member on mines and energy committee, who announced this at a media briefing, said the financials of these power sector entities have deteriorated, making it difficult to operate efficiently.

He attributed the intermittent power outages experienced in recent times on the growing debts in the books of the utilities.

“This huge debt overhang is adversely affecting the viability and operations of the country’s energy sector companies and hindering their ability to function effectively and provide quality service to Ghanaians,” he added.

He explained that government’s indebtedness to these entities is adding gargantuan liabilities to the existing Legacy Debt over a period of two-and-half years.

According to him, as at the end of 2016, almost all the state-owned enterprises (SoEs) in the energy sector reported profits, showing strong sector performance.

However, he said, as at the end of 2018, all state-owned enterprises (SoEs) in the energy sector reported losses, a clear sign of weak sector performance.

Mr Mutawakilu argued that the Legacy Debt of approximately $2.4 billion is a debt accumulated by successive governments between the years 1992 and 2015.

According to him, $250 million out of the $2.4 billion was paid to banks by the Mahama-led government in 2016 to ease the liquidity crunch.

He claimed that as at the end of 2016, the energy sector debt was approximately $2.2 billion.

“At the exit of President John Dramani Mahama, the $2.2 billion amount was certified and agreed to be settled within three to five years, starting from 2016, with the passage of Energy Sector Levies Act 2015, Act 899 (ESLA),” he added.

The ranking member on mines and energy committee said there was a term-sheet of $600 million to pay-off suppliers, but this was delayed by government for more than a year.

According to Mr Mutawakilu, government rakes in approximately GH₵3 billion ($590 million) annually from the ESLA Fund.

He, therefore, asked govt to account to Ghanaians on how the monies raised from the ESLA had been utilised.

“Explain to Ghanaians how the government intends to pay the debt owed the utilities providers to provide the required liquidity in the sector.

“The Minority wish to assure President Akufo-Addo that it would expose any attempt to deceive Ghanaians, and to cover up the incompetence displayed in the governance of the country, which has brought untold hardship on poor citizens,” he stated.

The NDC Minority caucus in parliament asked President Nana Akufo-Addo to take responsibility and address the liquidity and operational challenges in the country’s energy sector, instead of carrying on with his nauseating blame game.

“The President must show clearly how he intends to revive entities like the Tema Oil Refinery (TOR) and the Bulk Oil Storage and Transportation Company Limited (BOST), which were fully operational when former President John Dramani Mahama handed over to him in January 2017,” he stated.