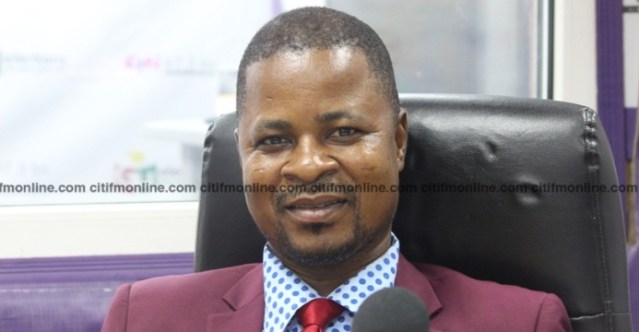 Deputy Attorney General, Joseph Kpemka has said that the office of the Attorney General will not rush in prosecuting the case involving the former president of the Ghana Football Association (GFA), Kwesi Nyantakyi.

He said the office will diligently gather its facts and evidence in the case before proceeding to court.

Speaking on Eyewitness News on Thursday, the Tempane constituency legislator said although they believe that time is of essence in ensuring that justice is served, the AG’s office will not rush only to be embarrassed in court.

“We will go to court when we are ready. We know that time is of essence. Even though justice delayed is justice denied, but justice hurried is justice buried. We may be perceived to be moving slowly on the matter but I can tell you that we are doing all within our capacity to go to court with iron hard evidence and fact to substantiate our case and not embarrass ourselves under the pretext of satisfying an angry crowd,” he said.

The Attorney General, Gloria Akuffo while answering a question posed by the MP for the Mion Constituency, Mohammed Abdul-Aziz, on the status of the case said her office may put the case before court in about two weeks.

The MP later said that the answers by the AG were unsatisfactory and was evident that the state is not pursuing the matter with the needed interest and urgency since its been over a year since the Number12 football corruption exposé occurred.

This was after President Nana Akufo-Addo reportedly watched aspects of Anas Aremeyaw Anas’ documentary that exposed corruption in football administration in Ghana and other African countries.

A Deputy Chief of Staff, Samuel Abu Jinapor, said that the President was unhappy that Mr. Nyantakyi had used his name fraudulently in the exposé.

In the video, the then GFA boss was seen using the President’s name, that of the Vice President, Dr. Mahamudu Bawumia and other senior government officials, to illegally request for various sums of money from investigators disguised as investors.

Mr Jinapor at the time said the President, after consultations and having satisfied himself that there was a basis for establishing and launching investigation into the conduct of the GFA president, directed the CID to investigate the matter.

The Criminal Investigations Department (CID) as part of its investigations, seized mobile phones and laptops of the embattled football administrator as he was formally charged with defrauding by false pretence.