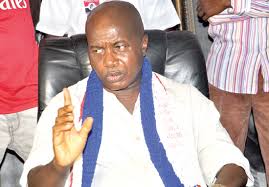 The Former First Vice Chairman and a leading member of the New Patriotic Party (NPP), Mr. Stephen Ntim, has condemned former President John Mahama and the opposition  National Democratic Congress (NDC) over the unwarranted attacks on Otumfuo and by extension on all the chiefs in Ghana.

According to him, the response by the former Chief of Staff Julius Debrah  was unnecessary because the King spoke the truth.

“Indeed, we were all witnesses to what happened during and immediately after voting in the 2016 elections. Mahama had to be persuaded by right-thinking individuals outside and within the NDC, to accept defeat, because he felt the election had been rigged. He was very surprised that despite all the fanfare and vote-buying intrigues, he could lose by that unimaginable margin. This is an incontrovertible fact. Besides, this is not the first time the King has made that pronouncement, so it is surprising that he would respond to it in that manner”, he said.

The Asantehene, in his speech at the UN, explained that, but for his personal intervention, coupled with those from other entities in having John Mahama concede defeat in the 2016 elections, the country could have been plunged into chaos. The follow-up question is, this time around, are they offended because of the forum on which the truth was articulated?

The response by the former Chief of Staff, Julius Debrah, suggesting that the King was economical with the truth, has not gone down well with the Ghanaians populace, and many are calling on former President Mahama to apologise unconditionally.