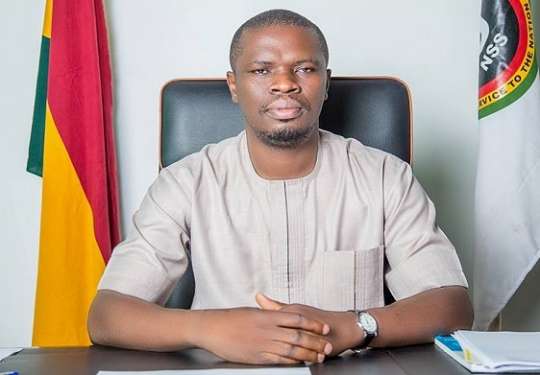 The ruling New Patriotic Party (NPP) in the North East Region  has rebutted allegations against the Executive Director of the National Service Scheme (NSS), the Hon. Mustapha Ussif, by the opposition National Democratic Congress (NDC).

The NDC have accused the NSS boss of thwarting and sabotaging development in the Yagaba/Kubori Constituency and churning out falsehoods with regards to the payment of contract sums to a construction company.

Again, the NDC cites the Hon. Mustapha Ussif of deliberately undermining the Member of Parliament for the constituency, Hon. Ibrahim Rauf Tanko and stifling his efforts at executing a road project awarded to Messrs Tass Kalia Construction, a company owned by by the NDC MP.

But a press release issued by the North East Regional Secretariat of the NPP and signed by the Regional Secretary, Lawyer Sulley Sambian, dismisses all the allegations and describes them as pathetically lame, inelligantly drafted  and politically mischievous.

The release which is in the possession of BestNewsGH.com read in part that ‘’We wish to place on record that, the issue of non payment of contract sum to Hon Tanko is moot, since he himself admitted before the Kubori Chief and his elders that he had received payment of about 3.2 million cedis from the Road Fund. Even this partial admission of payment of GHS 3.2 million flies in the face of available evidence at the Road Fund.’’

The attention of the Regional Secretariat has been drawn to a pathetically lame, inelligantly drafted  and politically mischievous press statement from the National Democratic Congress in the North East Region in which statement the NDC sought to cast aspersions at the NPP candidate for Yagaba Kubori Constituency. In the said statement, already refered to, the NDC accused Hon. Mustapha Ussif of deliberately undermining  Hon. Tanko’s efforts at executing a road project awarded to Messrs Tass Kalia Construction, a company belonging to Hon. Ibrahim Rauf Tanko, the member of parliament for Yagaba/Kubori constituency.

They also accused Honorable Mustapha Ussif of deliberately churning out falsehood relating to the payment of contract sums to Tass Kalia Construction by the government of Ghana for contract works undertaken by said Construction firm.

According to the NDC no payment has been made to the said company, a fact that was underscored by the Roads and Highways minister when the president visited Yagaba last year.

Our initial inclination was never to dignify the NDC with any response since the press release lacked profundity and depth. But from the benefit of hindsight, the NDC in the region has been consistent in one thing, and that one thing is propaganda and outright lies. The very unbridled lies that the NDC engages in sometimes shocks even the devil. We wish to throw light on the issues and situate them in proper context.

Having been fortified by scripture, we wish to bring light to the issues raised in the press release and to state the facts as follows:

Ever since the Honourable member received payment, he has never gone back to site to continue with the project, causing political pundits to speculate, and reasonably so that, honorable Tanko is keeping the money to fund his campaign in the December 2020 elections.

For us in the NPP, it is dishonesty in its obscene form and sheer sophistry for Honorable Tanko to receive payment for contract works,  refuse to go back to site, and then hide behind a “useless” and ill-conceived press release just to score political points that do not even exist!

We expect Hon. Tanko to do the needful by disassociating himself from the press release. We expect him to come out openly to dispute the fact of the payment of Eight Million, Two Hundred and Fifteen Thousand Six Hundred and Twenty Four Cedis and Ninety Six Pesewas (8, 215, 624.96) in which case we would confront him with the evidence of the payment.

We are very much unanimous in our focus of exposing the lies of the NDC on infrastructure in the North-East Region. Nothing will derail our efforts at trying to expose them.