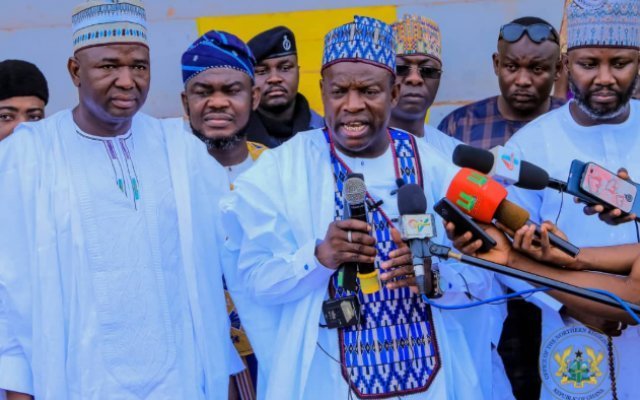 The Northern Regional Minister, Salifu Saeed is soliciting the support of Imams and Muslims in general in the region to help realize the aspirations and vision of the overlord of the Dagbon Kingdom, Ya Na Abukari Mahama through prayers.

This in his estimation will help consolidate the peace and security in the region.

The Minister who was speaking during the Eid-Ul Fitr celebrations at the Jubilee Park in the Northern Regional Capital, Tamale on Wednesday, June 5 2019 explained that the people must show appreciation for the ability of President Akufo-Addo to deliver on his part of the bargain, by finding a lasting solution the conflict in Dagbon.

The Minister said, Peace in Dagbon was partly achieved because of the prayers of the Muslim Imams and scholars, adding that they should continue on that path by praying for Dagbon and the Ya Na.

Surrounded by regional New Patriotic Party (NPP) executives including the regional chairman, Mohammed Samba, the Minister thanked the youth in the region for the role they played in realising the implementation of the roadmap to peace.