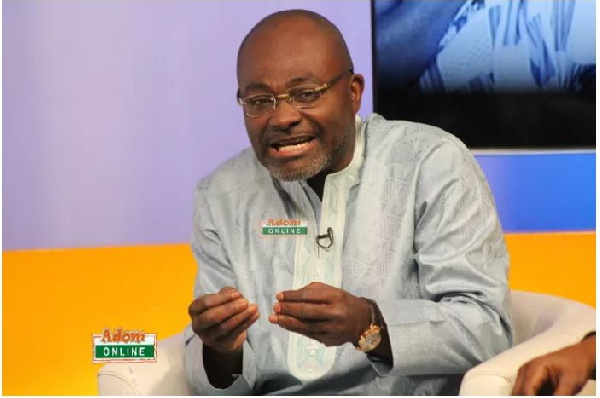 The Member of Parliament (MP) for Assin Central, Kennedy Agyapong, has claimed that a leading member of the governing New Patriotic Party (NPP) declined to receive and publish naked pictures of former President John Dramani Mahama prior to the 2016 elections.

According to the maverick legislator, the late J.B. Danquah Adu was dating a girl he did not name, who also dated the former President.

He claimed the lady in question had naked pictures of the former President and made them available to an NPP big man who refused to accept them and warned against using those nude pictures against the then President.

“I was impressed with one NPP famous guy who people say they don’t like him but when the girl went and showed him Mahama’s naked pictures, he told her that nobody in the NPP will use those pictures against Mahama so delete it. That is the difference between the NDC and the NPP. If it were NDC, what they would have done would have been terrible. But we (NPP) we are right-thinking people. We were not interested,” he said on NET 2 TV monitored by MyNewsGh.com.

He further indicated that but for the recent allegations levelled against him by a social media commentator Kevin Taylor in relation to the murder of the former MP for Abuakwa North, J.B. Danquah Adu, he (Kennedy Agyapong) would not have made the revelations.

“I have a soft spot for Mahama,” he added.

In response to comments by the New Patriotic Party (NPP) firebrand that naked images of Mahama were in possession of the deceased which was among the many reasons he may have been gruesomely murdered, he described the deliberate attempts to link him to the crime as unfortunate.

Joyce Bawah Mogtari who signed the release on behalf of the flagbearer of the NDC, said “While President Mahama does not intend to lend any dignity to the usual rants of Kennedy Agyapong, I am instructed to deny all the claims he made on his tv station, seeking as always to denigrate the person and reputation of the former president. There is no iota of truth in the allegations, they are complete fabrications and figment of fevered imaginations”