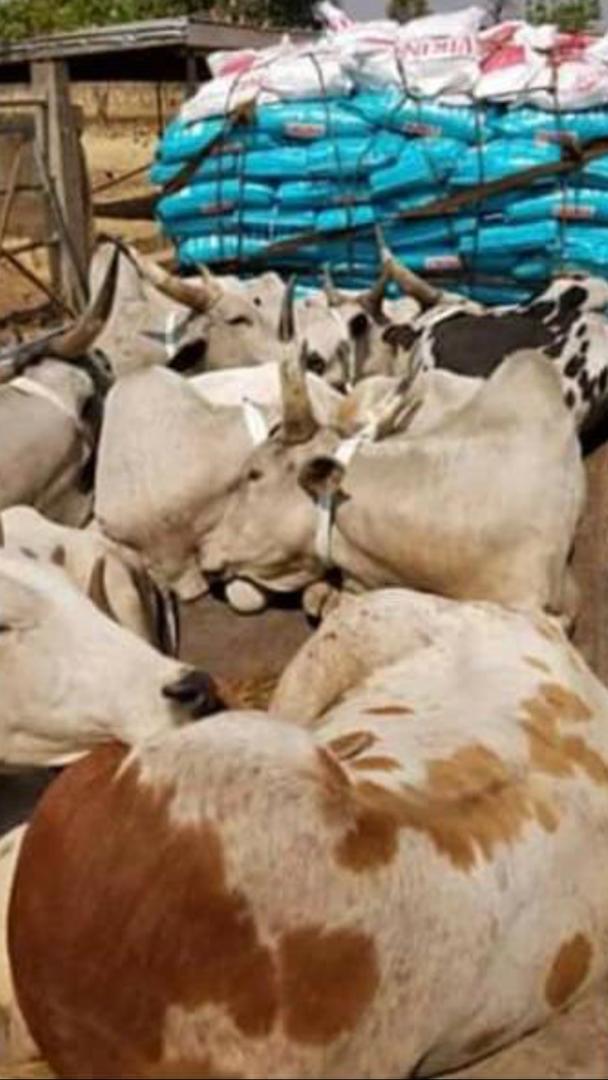 The Northern Regional Chairman of the ruling New Patriotic Party, Mohammed Baatima Samba has made a donation towards the final funeral rites of the late Yaa-Naa Yakubu Andani in Yendi.

The donation comprised cattle, bags of rice and other assorted items.

Delivering a speech during the event, Chairman Samba reiterated the need for all Dagombas to live in peace and harmony. He charged both gates not to allow politics to divide them since they were living in harmony until the advent of partisan politics which some have used as a springboard for their self-serving agenda, thus dividing the people.

Chairman Samba had earlier on made a similar donation to the Abudus when the late Yaa-Naa Mahamudu Abdulai’s funeral rites were being performed.

This gesture from the ruling party’s Regional Chairman is worlds apart from what the leadership of the opposition National Democratic Congress did.

The Abudu royal gate at some point faulted the leadership of the NDC from the Northern Region in Parliament for failing to show up for the final funeral rites of Yaa Naa Mahamudu Abdulai.

The gesture by the NPP Northern Regional Chairman has been seen as a mark of maturity and the quest of the ruling party to ensure lasting peace in Dagbon and not taking sides with any of the royal gates.