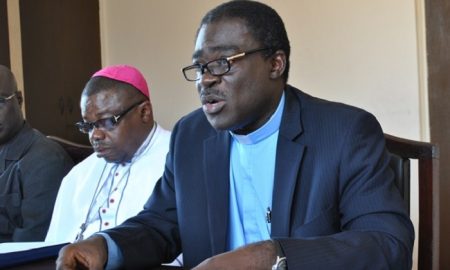 Member of the ruling New Patriotic Party and public Interest Analyst, Charles McCarthy has taken the Christian Council of Ghana to the cleaners, accusing it of sitting aloof without making its voice heard on important national matters.

He said the silence of the council at a time when the country is ‘burning’ and bedevilled with issues in the education sector such as the implementation of the Double-Track system and the banking crisis among others is a sign that the council has lost its voice and place of morality in the country.

According to him, the Council was very vociferous until its former General Secretary, Rev. Kwabena Opuni Frimpong was given a government appointment, culminating in its current comatose state.

Describing the council as hypocritical, he said current happenings that have shaken the political foundations of the country have gone unnoticed to the Christian Council of Ghana, a situation he explained on Accra based Agoo Television and monitored by BestNewsGH.com as surprising.

“The Christian Council of Ghana was very loud and vociferous. Its former General Secretary, Kwabena Opuni Frimpong was one of the loudest clergymen in the country. But ever since he got a government appointment, he has gone quite and the council sees nothing wrong in this government and the country” he argued.

He believes the time has come for the president and government to allow the clergy and civil society organizations to play their watchdog role by refraining from giving them appointments in government.