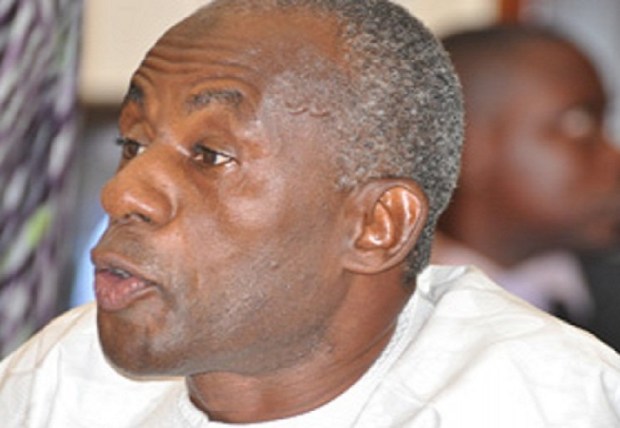 The National Democratic Congress’ (NDC) worn-out tribal card game-plan is back at the front burner as MP for Asutifi South in the Bono Region pits Northerners/Zongo indigenes against the ruling New Patriotic Party (NPP).

Northerners and Zongo indigenes in the NPP, according to Alhaji Collins Dauda, have no future because they do not matter in the scheme of things in the ruling party.

He was addressing a rally of NDC faithful in his constituency when he served notice of the direction of his party’s campaign in the run-up to next year’s polls.

Ali Suraj, one of the two NPP members who have announced their intention to vie for the seat ahead of their party primary and his subsequent radio programme ? appears to have pushed the MP to release prematurely his party’s game-plan.

Collins Dauda, a former Minister of Lands, Water Resources, Works & Housing, made a direct reference to Ali Suraj’s remark on radio in which he reportedly asked members of the constituency to vote for him.

According to Collins Dauda, Ali Suraj asked Northerners or ‘Pepe’ as the Akans call them, to vote for him because, after all he (Collins Dauda) is also of Northern extraction or from the Zongo.

“The NPP have two persons vying for their party’s candidacy. One of them is Yaw Owusu. The other man said on radio that they have tried to no avail to remove a ‘Pepeman’ from the seat.

Zongo elements and their Northern counterparts have no future in the NPP, he said, adding, “In the NDC, things are different, whether you are a Frafra, Dagarti, Dagomba, Wangara or Fulani, there is no discrimination against you.”

“The NPP has no good intentions for Northerners and the Zongos,” he said, indicating that “if you are a Northerner and a member of the NPP, bear in mind that your fate is stalled.”

Continuing, he said, “If you are a Northerner and associated with the NPP and you allow your child who has graduated from the university to join you in the NPP, know that your child has no future… Because they (NPP) have sworn not to make him or her progress.”

The opposition party has played the tribal card for many years until a recent lull with the appearance of Dr. Mahamudu Bawumia as a running mate and eventually as Vice President, a feat the NDC itself has never been able to achieve till date.

Empirical evidence presents the NPP as the political grouping with unequalled Zongo-friendly policies.

For the first time in the history of post-independence Ghana, a whole ministry has been established and dedicated towards addressing the peculiar needs of these often neglected segments of the country by the Akufo-Addo-led government.

There is also in place a Zongo Development Fund whose first budgetary allocation has already hit the accounts of the agency.

To activate this ethnocentric campaign trick once more would surely trigger a long debate on the political plane in the days to come.