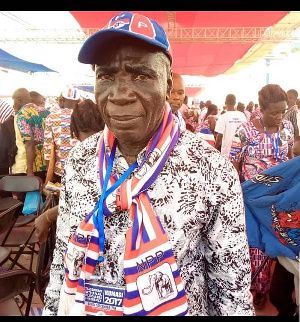 The ruling New Patriotic Party (NPP) Chairman for the Mpohor constituency in the Western Region has been reported dead.

Popularly known as Chairman Appiah, the late NPP Chairman has been the Mpohor Constituency Chairman since 2011.

Chairman Appiah until becoming a full time politician was at some point, the Vice Principal of Takoradi Technical Institute (TTI).

He was a native of Adum-Banso.

Details of his passing and and arrangements, according family sources, will be made public soon.