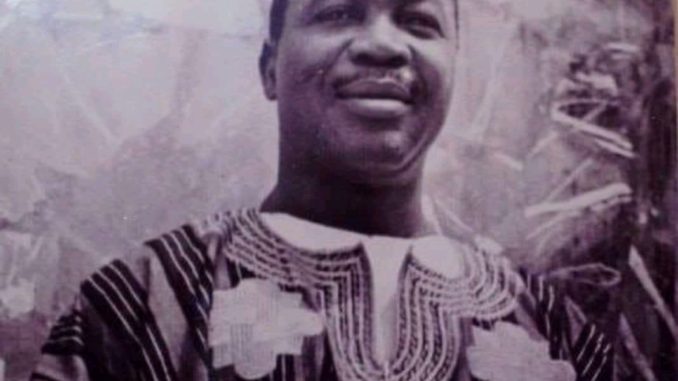 The ruling New Patriotic Party (NPP) will at 4pm today converge at the Accra International Conference Centre to celebrate one of the pioneers of the United Party (UP) tradition, Chief Simon Diedong Dombo, popularly known as Chief SD Dombo.

The occasion is aimed at unveiling the legacy of the man who was the leader of the Northern Peoples’ Party (NPP), Deputy Leader of the United Party (UP) and Deputy Opposition Leader of Ghana in 1956.

The event which will be attended by the president of the republic, Nana Addo Dankwa Akufo-Addo and other top party and government functionaries will be used to launch the SD Dombo Foundation for Development & Leadership Studies.

NPP National Organiser, Sammi Awuku described the late Chief SD Dombo as ‘’one of the iconic Figures of the Danquah-Dombo-Busia Tradition who will forever be remembered for his selflessness, respect for the Rule of Law and love for humanity. A real inspiration for the younger generation of this noble tradition’’.

Chief Simon Diedong Dombo (1925–1998) was a Ghanaian politician, teacher and king. He was a Member of Parliament and the Parliamentary Leader during the first Republic of Ghana. As the Douri-Naa he was reputed to be the first educated chieftain in the Upper Region of Ghana. He was one of the founders of the Northern People’s Party. This later merged with the United Party. During the Second Republic, he was a member of the ruling Progress Party. He was Minister for Health and then Minister for Interior in the Busia government. He had more than 30 children.

He was banned from holding elected office by the Supreme Military Council prior to the 1979 elections.