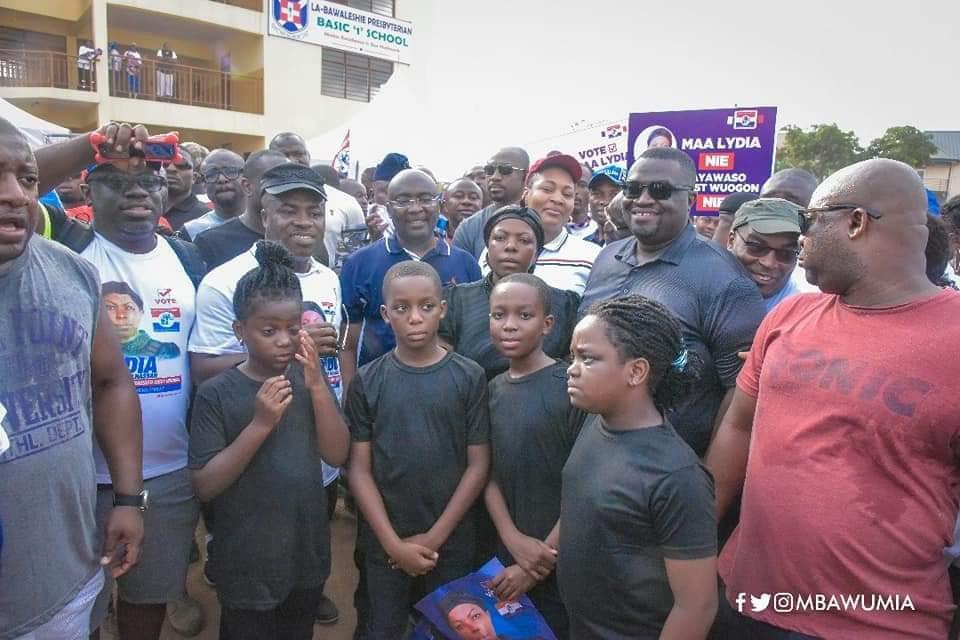 The opposition National Democratic Congress (NDC) has accused the ruling New Patriotic Party and Vice President Mahamudu Bawumia of using the under-aged children of the late Member of Parliament for the Ayawaso West Wuogon Constituency to attract sympathy votes in the upcoming by-election in the constituency.

Their accusation comes on the back of the Agyarko Memorial Health Walk which took place in the Ayawaso West Wuogon Constituency under the special patronage of the Vice President, Dr. Mahamudu Bawumia, in which the four young children of the late MP were seen actively participating.

According to the NDC, it is unacceptable, immoral and an abuse of the innocent children who are barred from part-taking in active party politics in the country.

Ardent NDC member, Elikem Kotoko said ‘’parading the little children in a bid to secure the sympathy of the electorate is not appropriate’’

The widow of the late Emmanuel Kyeremanteng Agyarko, Lydia Seyram Alhassan has been elected by the ruling New Patriotic Party to contest the constituency’s by-election on its ticket on January 31, 2019.

This follows the passing of Mr. Kyeremanteng Agyarko in the United States of America a few weeks ago, while receiving treatment at a health facility for an ailment.

Delali Kwasi Brempong has been elected by the opposition NDC to contest to by-election on its ticket.