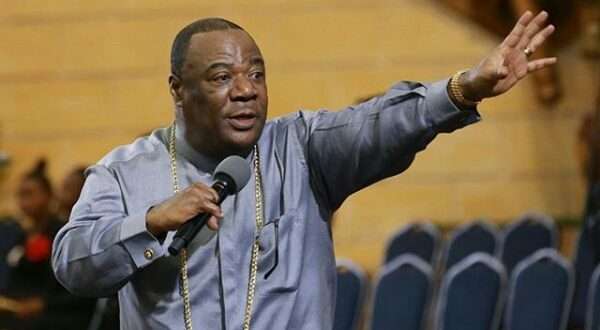 Founder and General Overseer of the Christian Action Faith Ministries, also known as Action Chapel, Arch Bishop Nicholas Duncan Williams has berated critics of the yet to be constructed national cathedral, asking them to shut up, as no one has asked them for money to build it.

According to him, President Nana Addo Dankwa Akufo-Addo who is the proponent of the national cathedral will not will it to his children or close family relations when he dies, arguing that it is a national asset and will remain the nations’ property.

The revered man of God who is one of the eminent persons tasked with the responsibility of coordinating and sourcing funding for the project, chided Christians in the country for being those that are opposing the national cathedral project.

According to him, nobody seem to complain about the national mosque for Muslims in the country saying ‘’the Muslims have the national mosque and nobody has complained about it. But the national cathedral where there will be the first of its kind, Bible museums with the different characters of the Bible which will accommodate children, families, people from far and near who will travel to go and have a look and it’s a stand for God and country, as a memorial we will oppose it. Who is financing it, where is the money coming from, as if somebody has asked you for your money’’ he added.