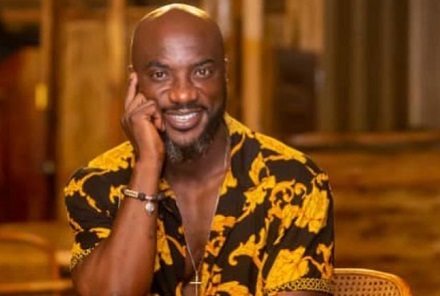 In this day and age when most people simply cannot do without their mobile phones, it can be surprising to find someone who is willing to do without such a communication gadget.

And it is even more amazing that someone such as Highlife crooner Kwabena Kwabena is letting go of his mobile phone.

His reason? He doesn’t use a phone anymore because he wants to have peace of mind. In fact, he doesn’t want any trouble.

In an interview with Graphic Showbiz recently, the Aso hitmaker stated that for the last couple of weeks, he had stopped using a phone because he wants to stay away from all the stress in the system these days.

“My sister, I don’t use a phone anymore, I need a clear head and I need a break from all the plenty “wahala” around so anyone who wants to contact me does so through my manager, Nana Poku Ashes,” he said.

Away from that, Kwabena Kwabena stated that contrary to perceptions, he is still one of the most relevant artistes around. “I have always been relevant since I came into the industry, churning out hit after hit, if this is not relevance, tell me what is it?

He added that he is about to release his sixth studio album titled Fa Me Saa. “I am having an album listening and birthday bash on October 17 to interact and have fun with my fans, as well as those who have supported the Kwabena Kwabena brand all these years,” he said.

According to Kwabena Kwabena, Fa Me Saa is his best album yet and it features among other artistes such as Efya, Sefa, D-Black, Quamina MP, Kofi Jamar, and Shatta Wale.

Kwabena Kwabena also has international acts on the album in the persons of Orti and Passi who are both French artistes.

“Shatta Wale and I did a song titled Konkonsa, he has been talking Highlife these days so it was good to have him do a collaboration on a Highlife song,” he stated.

Kwabena Kwabena released a single off the album titled Kwadede in May this year and he says the feedback has been amazing. “Everybody loves Kwadede, it is like a household chorus now, it is really, really doing well,” he said.

Asked what his fans should expect from the album, this is what Kwabena Kwabena had to say. “It’s been a while since I gave my fans a full album, I have taken my time to put together this piece, the album is for music lovers.