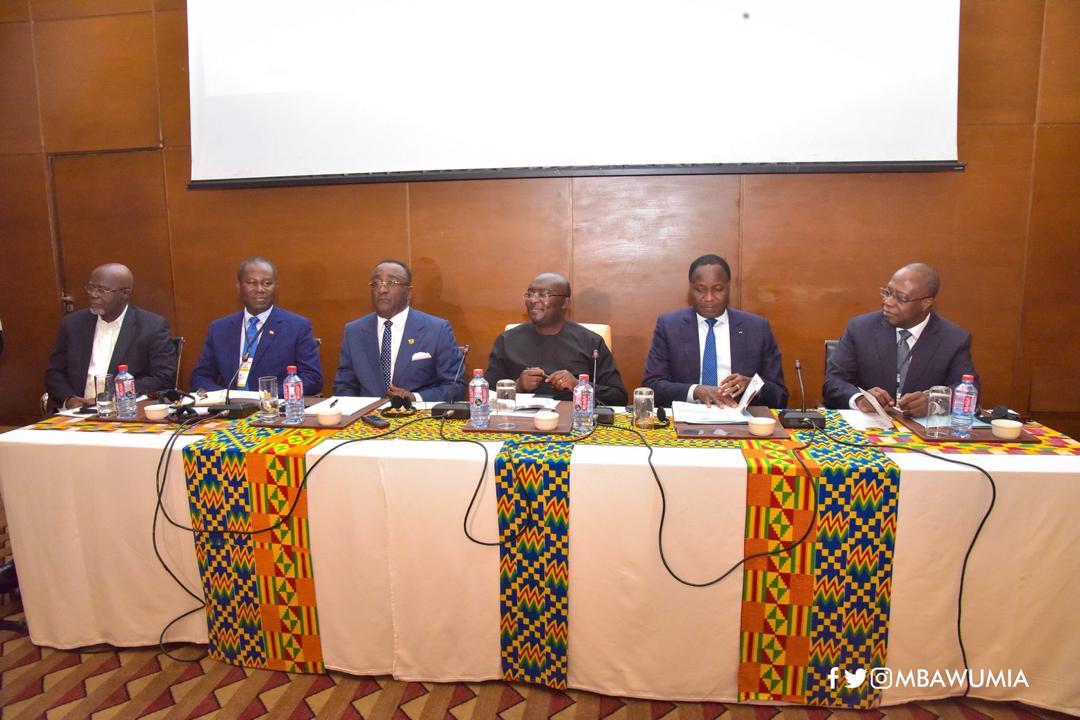 Ghana and Cote d’Ivoire have suspended the sale of cocoa beans to the open market under the 2020/2021 crop season until further notice.

The move, which is the first of its kind by the two countries, is meant to put pressure on stakeholders to adopt a floor price for cocoa beans.

The suspension was announced in Accra by the two countries to about 300 stakeholders in the cocoa value chain, comprising traders, processors and chocolate manufacturers.

The suspension will last till such a time discussions are finalised on the proposed floor price.

This is necessary because the two countries are determined to sell the 2020/2021 cocoa beans at the floor price to be agreed.

The floor price is to get stakeholders in the value chain to give farmers a fair price that reflects their contribution to the sustenance of the cocoa industry.

The global cocoa economy is estimated at $100 billion annually, but Ghana and Cote d’Ivoire, which produced 65% of the world’s production base, received only about $4 billion annually.

It is on that basis the two largest producers of the commodity made a declaration in 2018 in Cote d’Ivoire for bilateral partnership to have a greater stake in determining the prices of cocoa.

This is aimed at ensuring that cocoa value chain benefitted smallholder farmers, alleviate poverty and eliminate unethical labour practices in the industry.

The Ghana Cocoa Board and Le Conseil du Café-Cocao of Cote d’Ivoire are spearheading the discussion on proposals towards the setting up of a common floor price mechanism to address the high income disparity in the cocoa value chain.

At the opening of a two-day dialogue in Accra, Ghana and Cote d’Ivoire expressed their commitment to unite towards setting up of a common floor price and fair living income for cocoa farmers to address the high income disparity in the cocoa value chain.

Dubbed the Ghana Cote d’Ivoire Co-operation Summit and on the theme ‘Meeting with Stakeholders on Farmers’ Income’, both COCOBOD and CCC met with other stakeholders within the cocoa value chain to arrive at a consensus on providing better prices and remunerative income for cocoa farmers.

The same source suggested that the Ivorian cocoa farmers’ per capita daily income is US$0.93 while their Ghanaian counterparts’ earned US$0.40 to US$0.45 from cocoa, which represents nearly two-thirds of their household income.

Vice-President Dr Mahamudu Bawumia, addressing the opening of the maiden engagement with cocoa industry players on sustainable farmer income in Accra, said with the two countries accounting for 65 per cent of the global cocoa production, it was prudent for them to co-operate to tackle common challenges in the production and marketing of cocoa.

The move, he said, would instil efficiency in the domestic supply chain of cocoa production, alleviate poverty and ensure good living standards among smallholder cocoa farmers.

Vice-President Bawumia, therefore, urged participants at the forum to commit themselves to help tackle calls to guarantee a living income for farmers beyond mere poverty levels.

“We need to develop an agenda and a roadmap to tackling this challenge, and I’m hopeful of achieving consensus with you on this matter,” he stated.

He noted that having a satisfactory price of cocoa beans would go a long way to complement the governments’ investments in rural infrastructure and improve the wellbeing of cocoa-producing communities.

He said the government and COCOBOD had taken steps to improve the conditions of cocoa farmers by implementing various interventions to improve farm productivity, preserve the ecosystem and discourage unethical labour practices, and believed their Ivorian counterparts had adopted similar programmes to promote sustainability of the cocoa industry and enhance the living standards of cocoa farmers.

“The confidence in the Ghanaian economy is very high. The robust macro-economic performance and bright prospects were endorsed by capital markets in our recent Eurobond issue.

“Foreign direct investments have remained above $3 billion annually since 2011, and we look forward to welcoming more investment,” the Vice-President added.

The Vice-President said the Ghanaian economy had performed creditably in recent past, which had helped to reduce the overall rural poverty, with the fiscal deficits such as the lending rate and inflation on the path of reduction.

Chief Executive of COCOBOD, Joseph Boahene Aidoo said the time was ripe for Ghana and Cote d’Ivoire to take the destiny of their cocoa industries into their own hands by ensuring better remuneration for cocoa farmers.

“The time has come for us to take the destiny of our cocoa industry into our own hands. We have every natural right to look for a better deal for our cocoa farmers,” Mr said.

“The tragedy of this industry, worth more than $100 billion annually, is that it is fraught with unfairness and injustice. The most disadvantaged and most vulnerable are the smallholder farmers who, however, are the most indispensable in the cocoa supply chain,” the COCOBOD CEO added.

To achieve this feat, Mr Aidoo said both countries have proposed a floor price, which means a common Freight on Board (FOB) price.

“That will enable the farmer to meet his farm operational cost in a responsible and sustainable manner and have a margin for the upkeep and maintenance of his household, and still have the margin for any investment of his choice,” Mr Aidoo noted.

On his part, Director-General of CCC, Kone Brahima Yves, thanked leaders of both countries – Nana Addo Dankwa Akufo-Addo and Alassane Ouattara – for their commitment towards the co-operation, and urged all parties and stakeholders to work assiduously to address the income discrepancy among cocoa farmers.

“I thank President Nana Akufo-Addo of Ghana and Alassane Ouattara of Cote d’Ivoire for their commitment to this co-operation. We should together attack the discrepancy of what our farmers face and find solutions,” Mr Yves noted.