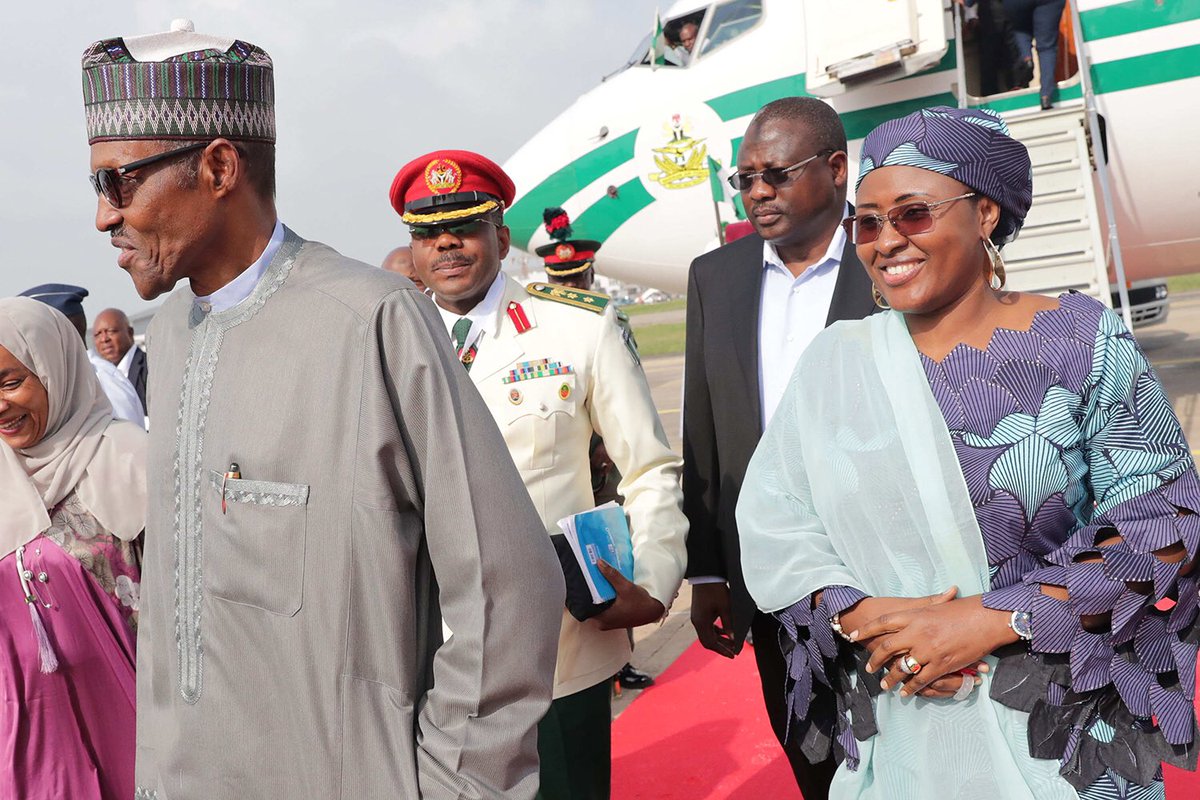 Nigeria’s First Lady Aisha Buhari has returned to the country after two months abroad, telling reporters when she arrived on Saturday that “fake news” was a scourge that will “lead us to something unimaginable”.

While away, Mrs. Buhari had been on a pilgrimage to Saudi Arabia and spent time in the UK.

On her return, the first lady appeared to confirm rumours that President Muhammadu Buhari had intended to marry fellow politician Sadiya Farouq, telling BBC Hausa in cryptic comments that the purported bride-to-be was disappointed the marriage hadn’t taken place.

Social media was awash with speculation about the wedding, with some claiming it was supposed to have taken place on Friday.

Neither President Buhari nor Ms Farouq has commented.

Mrs Buhari also confirmed that a viral video showing her arguing with her husband’s niece at the presidential compound was genuine but old. The niece, Fatima Mamman Daura, told the BBC she filmed the video herself sometime in 2018 but it had been circulated more recently by “mischief-makers”.