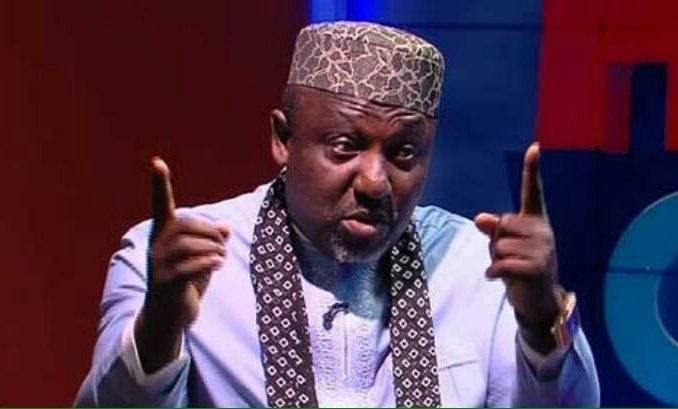 Outgoing Imo state governor in Nigeria, Rochas Okorocha, has warned that he will not tolerate any disturbances from the incoming governor and his assigns as he leaves office.

He said he will also ensure not poke his nose into the affairs of the new administration and will expect a reciprocation of that gesture from them.

According to the popular former governor, as governors, they enjoy immunity and once they leave office, that immunity is taken off, warning that once he leaves office, he is even going to bigger than he was as governor.

Mr. Okorocha who said this in his final address to the state government house workers yesterday Tuesday, May 28th said:

”As I walk out of this government house, let nobody fight me and I will not fight anybody. Governor is a shield that covers every personality that is in office. When you remove the shield of the governor off my face, you will see the real Rochas. The real Rochas is still as big, if not bigger than the Rochas who was governor”.