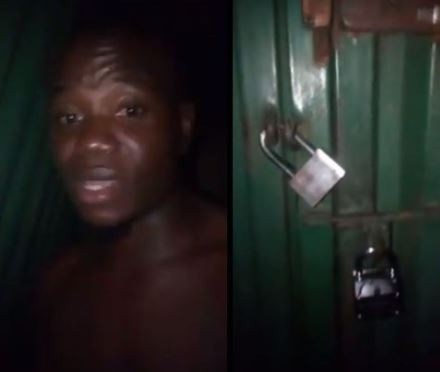 A Nigerian landlord has done the unthinkable by locking his tenant, a student indoors after they had an altercation.

The decision by the landlord to lock the student, identified as Gallas Kolawole was meant to punish him and prevent him from leaving the house on that day.

Unfortunately, the student who was due to write an exam that day, could not do that as a result, even after frantic efforts to get the landlord to rescind his decision.

‘’my Landlord decided to lock me inside d house so as not to go out because of little altercation. Am supposed to write exam this morning but it’s now mission impossible’’. 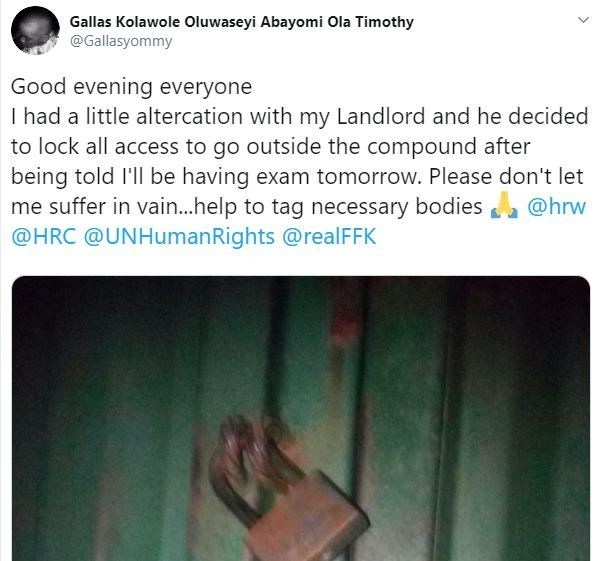