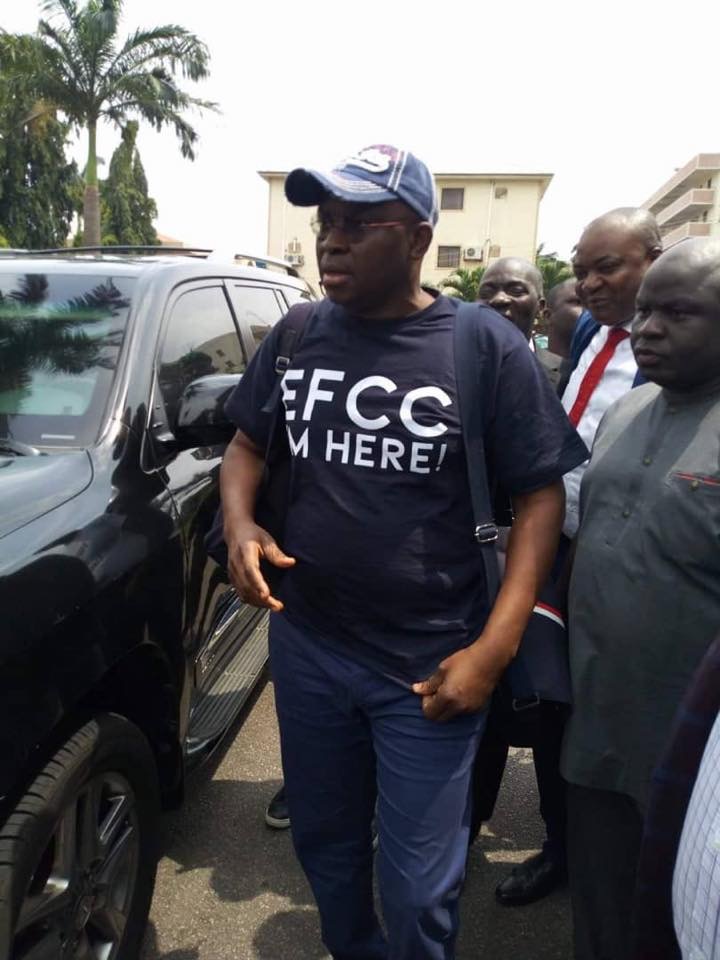 The Economic and Financial Crimes Commission in Nigeria last night laid ambush at former Ekiti state Governor, Ayo Fayose’s Abuja Residence and took him on allegations of corruption while he was in office.

The Governor officially handed over yesterday to a new governor and just when he thought he was going home to rest and plan what to do while at home, the EFCC zoomed in with the arrest.

Information available to this website indicate that the move is unprecedented in the country’s history, for a sitting Governor to be invited by EFCC while in office and to report a day after he handed over.

No charges have been pressed against the former governor apart from the petitions filed by his political opponents.

He was allowed to carry along with him, spare cloths, beddings and some footwear.

Mr. Fayose is still being questioned at the EFCC headquarters in Abuja.