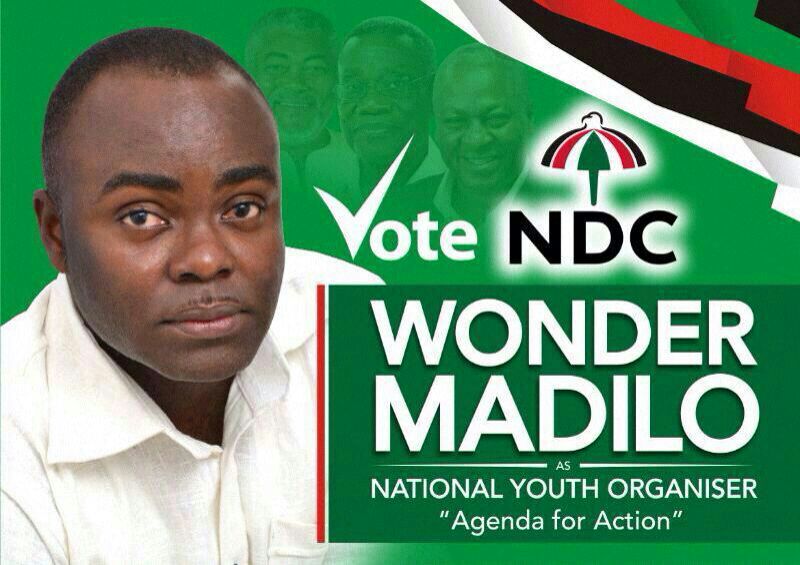 An embattled youth organizer hopeful of the opposition National Democratic Congress (NDC) Wonder Mandilo says the vetting committee of the party erred in disqualifying him from the contest.

In a long write-up to explain his side of the story, the former NUGS president described the committee’s decision as flawed, arbitrary and a miscarriage of justice.

According to Wonder Mandilo, he has since his disqualification appealed to the vetting committee to re-look at their decision and clear him for the contest.

On Thursday, the NDC vetting committee crashed out the dreams of Wonder Mandilo and one other aspirant, Elikem Kotoko from contesting the National Youth Organizer position.

The two outspoken young men were disqualified for not meeting the criteria needed to contest for a National Executive position as prescribed in the party’s constitution.

The disqualification was premised on Article 40 (2) of the NDC Constitution which states that “A member of the party is not qualified to vie for a National Executive Committee position unless the member has held an executive position within the party or government before seeking election”.

But Wonder Mandilo insists, the committee used an “Ebola Clause” which is an “alien and self-created” rule to the NDC constitution to disqualify him from the race.

He explained that he was once a Branch treasurer, an elected executive position in the NDC at Ayawaso West Constituency and served his four year term fully and that per the guidelines for the elections, he is over qualified.

Below is the full statement

My attention is drawn to a myriad of distorted publications both in mainstream media and new media pertaining my disqualification from the race for National Youth Organizer of the NDC. Here are the FACTS!

Article 40 Clause 2 which reads “A MEMBER OF THE PARTY IS NOT QUALIFIED TO VIE FOR A NATIONAL EXECUTIVE COMMITTEE POSITION UNLESS THE MEMBER HAS HELD AN EXECUTIVE POSITION WITHIN THE PARTY OR GOVERNMENT BEFORE SEEKING ELECTION”.

The Committee argued that; I truncated and or vacated my Membership and Branch Executive Position by that action and therefore do not qualify the four 4year obnoxious clause. (Please NOTE also that, the ARTICLE 40 CLAUSE 2 DOES NOT in any way form or shape indicate how long one must serve. “A MEMBER OF THE PARTY IS NOT QUALIFIED TO VIE FOR A NATIONAL EXECUTIVE COMMITTEE POSITION UNLESS THE MEMBER HAS HELD AN EXECUTIVE POSITION WITHIN THE PARTY OR GOVERNMENT BEFORE SEEKING ELECTION”.

LONG THE VALUES OF THE NDC