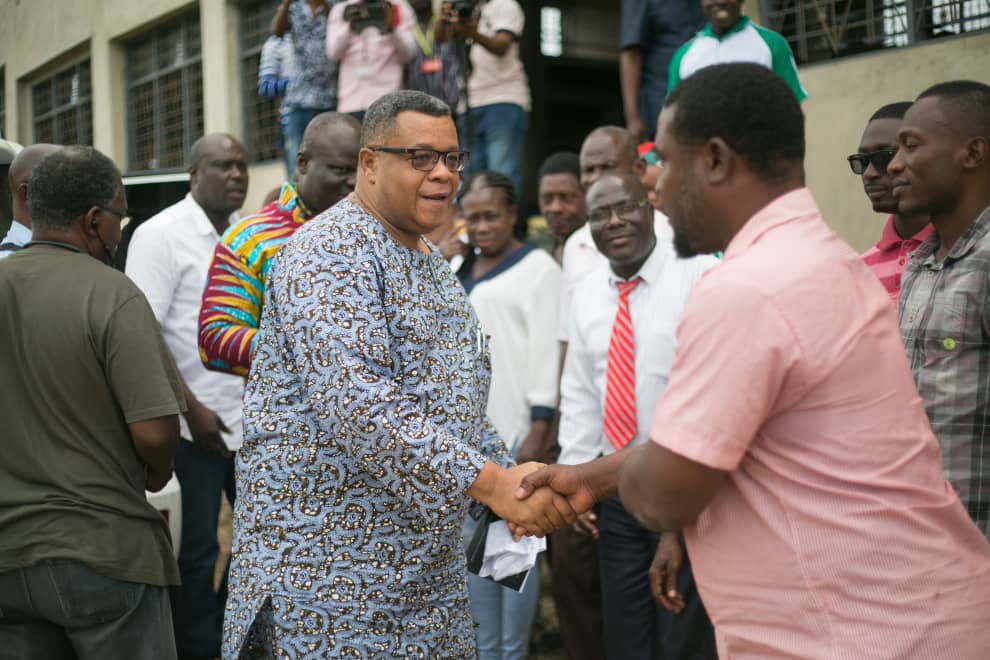 The intensity of the race to lead the NDC into the 2020 elections is building up as the main front runners Goosie Tanoh and Former President John Mahama jockey for the support of delegates in the Central Region and the Greater Accra Region respectively.

The outcome of the presidential primaries will have significant impact on the direction the NDC heads and ultimately its chances in the 2020 Presidential elections.

In the Central Region, Goosie Tanoh who is native of two communities in the region, Gomoa Brefo and Agona Nsaba in the Agona east district received overwhelming support upon entering the two communities Tuesday.

He was hailed by the delegates who openly endorsed him and pledged their support to vote massively for ‘’their own’’.

At Agona West, there was thunderous applause when Mr. Goosie Tanoh was introduced to the delegates.

They chanted his name and sung songs amidst dancing to welcome ‘’their son’’. The songs, rendered in their local fante dialect, translated as ‘’those who are spreading falsehood against the candidature of Goosie Tanoh must repent’’. They pledged to give Goosie Tanoh 100% of their votes, arguing that the NDC needed ‘’ a new face’’ to lead the party into the 2020 presidential elections.

A former NDC member of parliament for the Agona West constituency, Charles Obeng-Inkoom could not help but publicly endorse Goosie Tanoh, urging the delegates to work tirelessly to ensure that their son (Goosie Tanoh) wins the internal contest and eventually become Ghana’s next president.

Goosie Tanoh in his address spoke against vote-buying and corruption, and encouraged delegates to support the efforts at reenergizing the party’s grassroots by paying their party dues to support activities of the party both in government and out of government.

Mr. Tanoh hinted that if the NDC grassroots insist on a clean campaign devoid of vote buying among others, the party will become attractive to the core constituency of floating voters who have determined the outcome of elections in Ghana in the recent past.

He received similar endorsements when he visited Awutu Senya West and Gomoa East constituencies Monday to canvass for votes.

Constituency and branch executives of the party in both constituencies indicated their resolve to campaign for Goosie Tanoh who they described as the best amongst all the presidential aspirants vying for the same slot.

Goosie Tanoh is billed to visit the Central regional capital, Cape Coast, on Wednesday where he is expected to meet regional executives of the party in that region as well as delegates and the Tertiary Education Institutions Network (TEIN) NDC to canvass for votes.