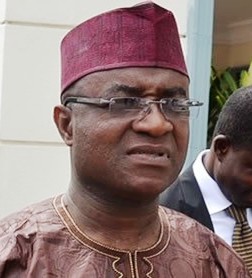 The Majority leader and Member of Parliament for Suame Constituency in the Ashanti Region, Osei Kyei Mensah Bonsu has revealed that Authorities of the Kwame Nkrumah University of Science and Technology blatantly refused offers from CAL bank to construct new hostels for the University.

According to him, other public Universities including the University of Ghana (Legon) took advantage of the offer by the bank and have constructed several new hostels in the campus.

‘’I am told on authority that the bank that helped build the hostels at the University of Ghana Business School, CAL bank led a consortium of banks to embark on those projects and my understanding is that CAL bank took proposals to KNUST that they wanted to help build the same hostels they built in Legon and the university authorities refused to oblige. Why did they refuse to allow CAL bank lead the consortium of banks to build the hostels? Because it is evidently clear that there is a challenge with regards to accommodation in the school’’ he said.

According to the Majority leader who also doubles as the Minister for Parliamentary affairs, the hostels being put up by private and individual investors is laudable, but expensive, compared to what the universities themselves offer as a result of their public nature.

‘’Again if you look at KNUST, the land on the campus is sprawling and much more bigger than what the University of Ghana has, saying ‘’if the ultimate argument the University authorities are making is that they want to increase the intake of female students, then with the inception of the Free Senior High School policy, the population is bound to increase dramatically, so the University must begin to think of how to add up to the halls of residence.’’ he intimated.

Mr. Osei Mensah Bonsu also lampooned the school authorities for treating the students as though they were in Senior High School, adding that reports of capital punishment in terms of caning students in the school was preposterous and absolutely out of place.