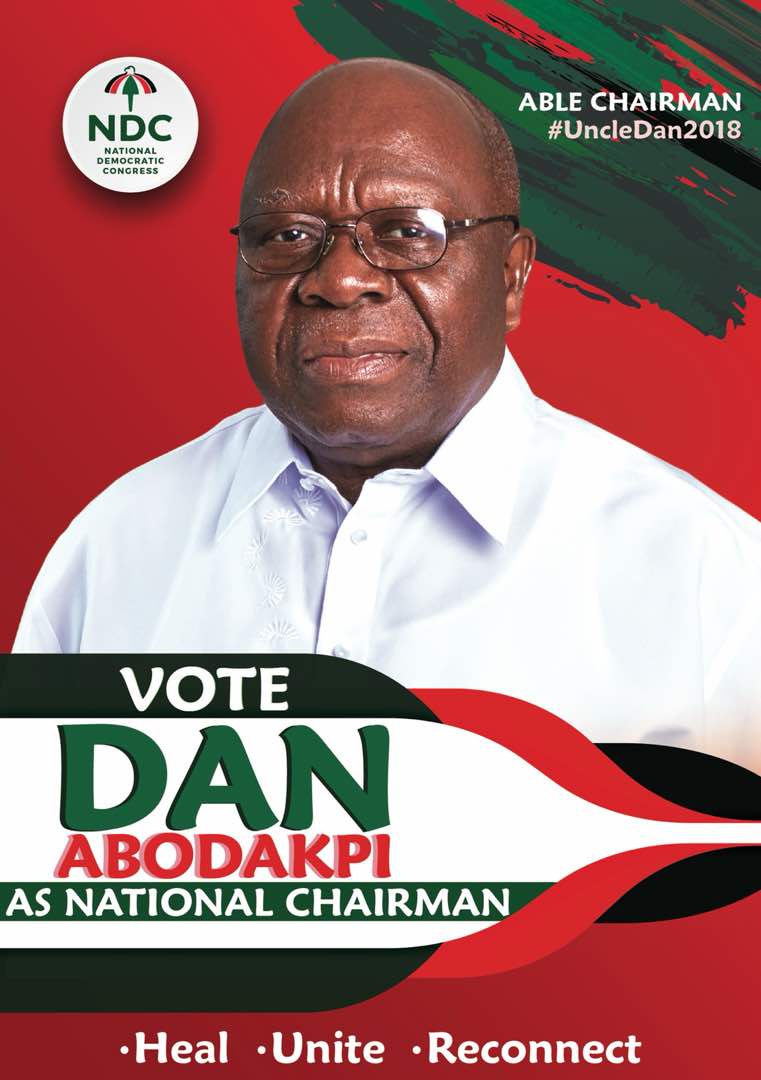 Aspiring National chairman for the opposition National Democratic Congress ((NDC), Dan Abodakpi has touted himself at the general that will lead that party in collaboration with the flagbearer that will be elected to realise victory for the party in the 2020 elections.

According him, the seriousness and importance of the 2020 elections demands that they fight in the hills, the valleys, the seas and the rivers to attain victory.

“There’s fire burning in my belly to reverse the things we suffered in 2016. We will fight the elections in the hills, in the valleys, in the seas and in the rivers. I will be the general to lead my party and if a presidential candidate is elected we will work relentlessly to realize victory,” he emphasized on Accra based radio gold and monitored by BestNewsGH.com.

According to him, the suffering hat has been unleashed on the Ghanaian people by the ruling New Patriotic Party makes it imperative for the NDC to return to power to salvage the economy from total collapse.

The one time Minister for trade and Ghana’s High Commissioner to Malaysia accused the current NPP administration of messing up the country’s educational system, hinting that all such policies will be reviewed in the interest of the country, should the NDC win political power in 2020.

He pointed out that he was in the race to win and to offer credible leadership which will restore, unite, heal and reconnect the party from bottom to the top, to give birth to a transformational agenda.