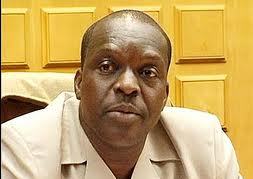 Second Deputy Speaker of Parliament, Alban Sumana Kingsford Bagbin has indicated that the opposition National Democratic Congress (NDC) is in a leadership crisis and urgently needs the right calibre of persons at the helm of affairs of the party

In a message posted on his facebook page and directed at party delegates who went to elect regional executives last weekend, the Nadowli/Kaleo legislator impressed upon his fellow party men and women to do the right thing by voting for and choosing the right leaders who would put the party back on track

He quizzed whether his colleagues in the party would want to be remembered as the generation who ignored the convenient truths and turned their backs on the party in its moments of leadership crisis when the history of their time is recorded, or whether it will be recorded that they did the right thing by choosing the right leaders to put the NDC back on track

Mr. Bagbin has been in the news for the wrong reasons recently when he made certain pronouncements in the Volta region that sought to bring to the fore, reasons why the NDC lost the 2016 elections

He particularly cited the appointment of former communications Minister Minister, Dr. Omane Boamah and Dr. Seidu Danaah as Chieftaincy Affairs Minister as part of the reasons why the party lost the elections since they were a stammerer and a blind man respectively

The former Majority Leader in parliament ended his statement which was intercepted by BestNewsGH.com by wishing his colleagues in the NDC who have successfully filed their nominations to contest the various executive positions in the regions across the country the best of luck saying ‘’ May the best win’’

‘’When the history of our time is recorded, will we be remembered as the generation that ignored the inconvenient truths and turned our backs on our dear party in its moments of leadership crisis? Or will it be recorded that we did the right thing by choosing the right leaders to put the party back on track?