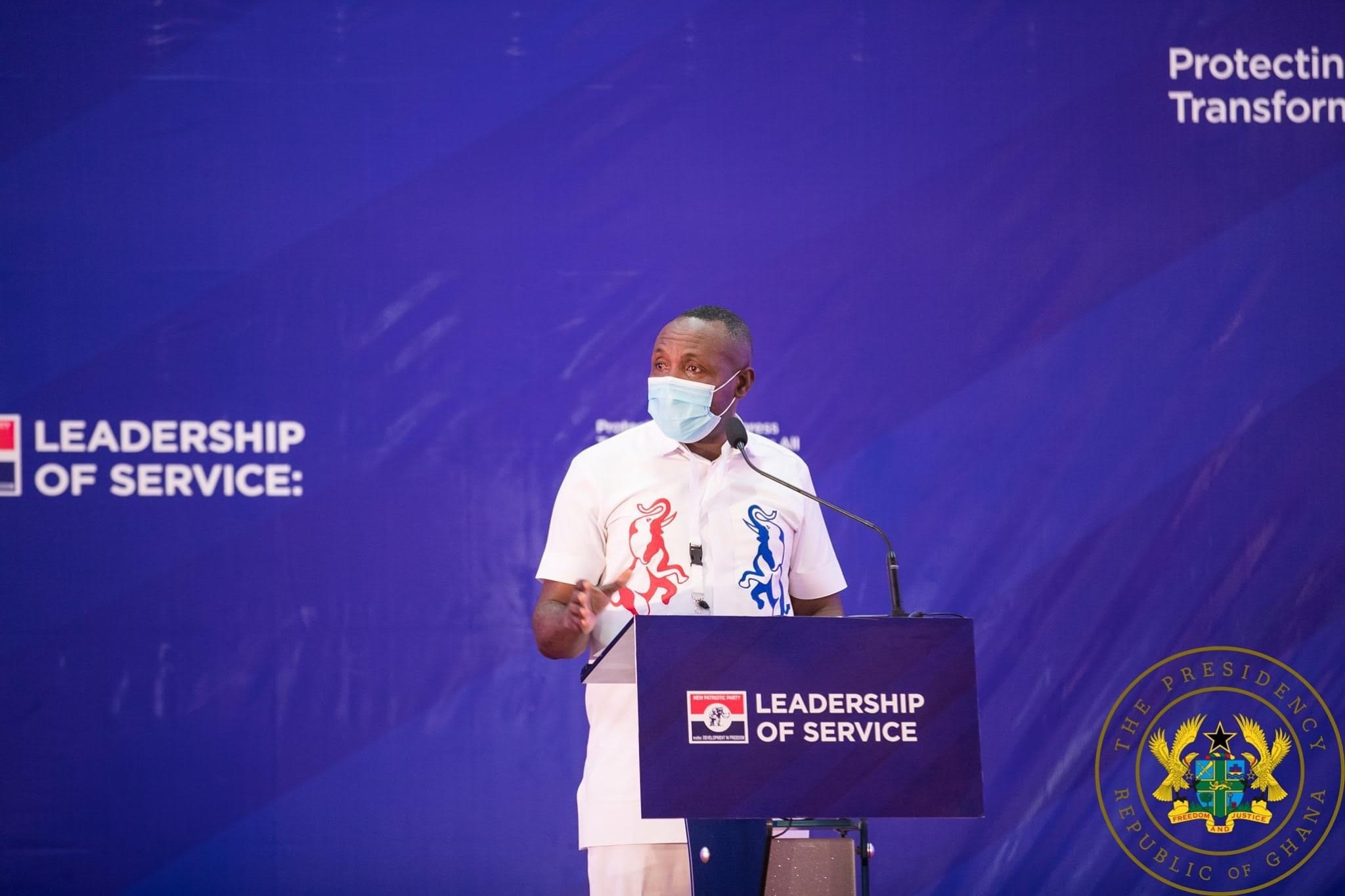 John Boadu, the General Secretary of the ruling New Patriotic Party (NDC) says the largest opposition National Democratic Congress (NDC) has delayed in launching their manifesto because they are waiting to copy ideas from the NPP.

According to him, even though the NDC gave hints two months ago that their manifesto is ready and submitted to the party executives, they have been unable to launch because they have no fresh ideas.

“They announced two months ago that their manifesto is ready but they have not been able to launch, Obviously they are waiting for us to launch our manifesto so they can copy as usual, since they have no original ideas. Well, we have launched so they are free to copy,” Mr Boadu said in his address at the party’s ongoing  manifesto launch at Cape Coast in the Central region.

“For persons other than members of the party’s National Council who wish to participate in the event to join the feed, such persons are encouraged to converge at the various regional offices of the party where the proceedings will be projected on large screens,” the party statement said in a statement.

The NPP will today, August 22, 2020, in Cape Coast, outdoor its 2020 manifesto ahead of the upcoming December 7 general elections.

The outdooring will be held virtually in accordance with the COVID-19 safety protocols with only a few dignitaries of the party invited for the launch.

The party in a statement issued on Friday, August 21 said Zoom platforms will be made available to all patrons and executives of the party to join the launch.

The ruling NPP said it is optimistic that the policies, outlined in its manifesto will grant the Akufo-Addo administration another four-year mandate by the Ghanaian populace.

The manifesto committee was chaired by Madam Oboshie Sai Coffie.