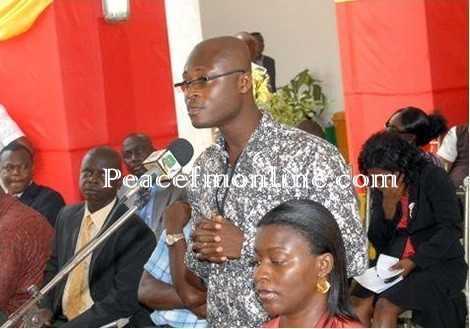 Revealing the fact that he is a card bearing member of the NDC, Mr. Kankam lampooned the national executives for the entrenched position they have taken with regards to the presidential filing fee of 420 thousand Ghana cedis, saying that is not typical of the NDC.

“Social democracy is about promoting social justice and equity and so at any point in time if people take a decision that will not help the interest of the generality, then there is a problem” he said.

According to him, the NDC has no justification to talk about hardship in the country because former president John Dramani Mahama and his supporters have allegedly raised some 600 thousand Ghana Cedis in one day.

“I also understand that some MP’s are paying 1 thousand cedis to support the former president and these are MPs who cannot even point to any edifice like an office in their constituencies let alone to talk about public latrines for their people, portable water. So you see, it comes back as a betrayal of your own ideals as a party” Mr. Kankam added.