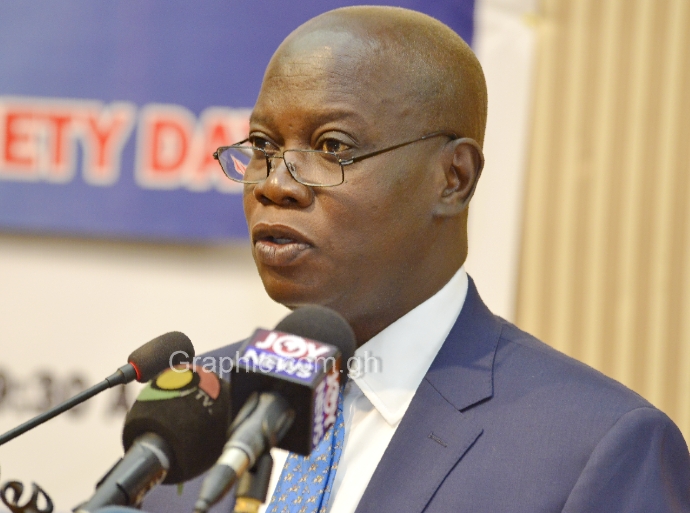 A police officer has told an Accra High Court hearing the National Communication Authority’s (NCA) $4 million case of how William Tevie, former boss of the commission, wrote a letter to Ecobank to keep the transaction on the cybersecurity equipment confidential.

Detective Chief Inspector Michael Nkrumah, the case investigator, said he also came across a letter written by Tevie which also indicated that the end user of the equipment was the NCA.

Led in evidence by Mrs Yvonne Attakorah Obuobisa, the Director for Public Prosecution (DPP), Chief Inspector Nkrumah said his checks at the NCA revealed that the authority did not have any records of the said confidential letter.

The witness mounted the witness box to give evidence in the case in which Eugene Baffoe-Bonney – former Board Chairman of NCA, William Tevie, Nana Owusu Ensaw – NCA board member, Alhaji Salifu Mimina – former Deputy National Security Co-ordinator, and George Derrick Oppong – a Director of Infralock Development Limited (IDL), are being held for wilfully causing financial loss to the state.

According to Chief Inspector Nkrumah, who is also the sixth prosecution witness, the said confidential letter was dated March 15, 2015.

Additionally, the witness said the letter indicating the end user of the equipment was NCA also bore the same date (March 15, 2015).

The witness said the two letters were produced by Mr George Derrick Oppong, the fifth accused person and a Director of Infralock Development Limited (IDL).

Chief Inspector Nkrumah said after taking over the matter from one Detective Sergeant Yaw Lee, whose tenure had ended at the Bureau of National Investigations (BNI), he (Nkrumah) extended his investigations to the NCA Legal Directorate, and the two contracts between NCA and IDL and IDL and NSO could also not be traced.

The witness further tendered an addendum contract which revised the contract sum of $5.44 million to $6 million.

He said the said addendum was signed by George Derrick Oppong on behalf of IDL and one Noar Bashiran, an Israeli, for NSO Technologies.

Witness said the addendum was part of the documents that Mr Oppong produced to the BNI.

Mr Nkrumah said during his investigations, Baffoe Bonnie told him that all the accused benefited financially from the purchase of the Pergasus equipment.

Recounting how he took over the case docket, Detective Chief Inspector Nkrumah said on May 30, 2017, he was asked by his superior to take over the matter since his colleague who was assigned to handle matter had ended his tenure at the BNI.

The sixth prosecution witness said before taking any step, he read through the case docket to ascertain what the matter was all about.

The witness said he found out that in early May 2017, Oppong had gone to the National Security Secretariat (NSS) to complain that he signed a contract with NCA to supply an electrical equipment at a cost of $8 million dollars but he was only paid $4 million.

Chief Inspector Nkrumah said Oppong further stated that he used his company, called IDL, in the said transaction and the $4 million was paid into the company’s account.

The witness said Oppong told him that he had paid $1 million out of the four million into the account of NSO Technologies, the company which supplied the equipment, and all efforts to get the balance of $4 million had proven futile.

Chief Inspector Nkrumah said before Oppong went to NSS to complain, the secretariat had gathered intelligence on the purchase of the equipment, hence Oppong was brought to the BNI for further investigation.

The five accused persons are before the court over alleged fraudulent purchase of cybersecurity surveillance equipment worth $8 million.

The equipment, which was to be used in the fight against terrorism, reportedly has some of its parts missing, hence rendering it unusable.

Meanwhile, the defence is expected to move an application to expunge evidence of Mr Duncan Opare, Deputy National Security Co-ordinator, and also another application to challenge certain documents the DPP wanted to tender.