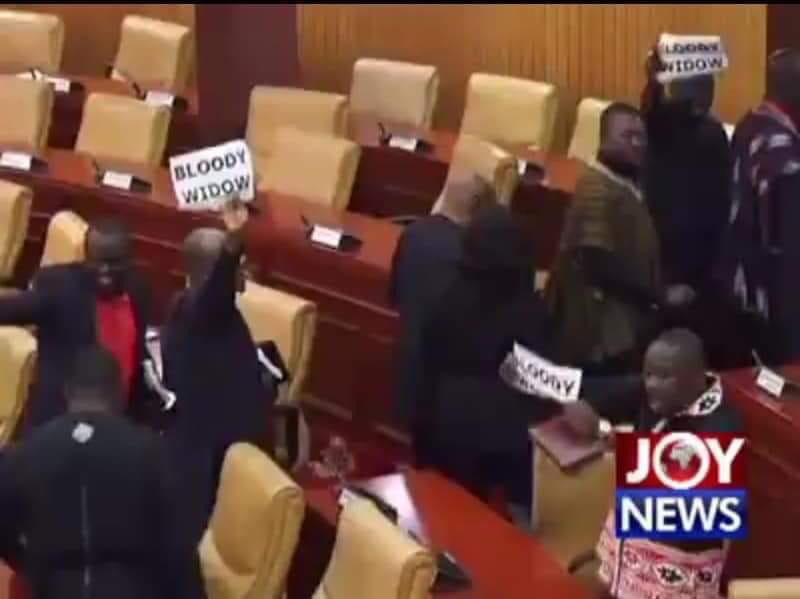 Pro-New Patriotic Party group, Professionals for Change are calling on all gender advocates to come out and make their voices heard on the treatment meted out to the newly sworn-in Member of Parliament for the Ayawas West Wuogon Constituency, Lydia Seyram Alhassan in Parliament yesterday February 5, 2019.

The Minority in Parliament yesterday staged a walk out during the swearing in ceremony of Madam Lydia Seyram Alhassan and also displayed placards reading ‘bloody widow’ in apparent reference to the new legislator who is still mourning her husband.

According to a press release issued by the group, well known gender activists in the opposition National Democratic Congress including former gender Minister Nana Oye Lithur and former Attorney General and Minister for Justice Marietta Brew Appiah-Oppong must make their voices heard on the matter.

‘’ The likes of Nana Oye-Lithur, Marietta Brew Appiah-Oppong and other gender advocates must make their voices audibly heard over this crude and  inhumane attitude of the Minority in Parliament towards Lydia Seyram Alhassan’’ they said.

According to the Professional for Change, the action of the Minority is the height of insensitivity, and very heartless, to say the least.

‘’Going by their own logic, B.T. Baba, the MP for Talensi, should also not have been recognized because his election was characterized by terrible acts of violence and mayhem which resulted in fatal injuries to innocent voters. We see this as an attack on women by the Minority and we call on all women’s groups to speak out against this misogynistic behaviour of the Minority in Parliament’’ they added.