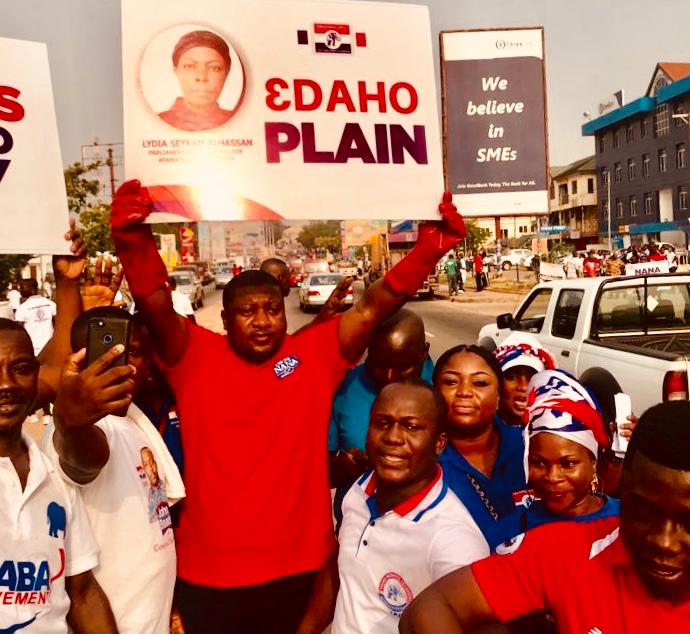 The National Youth Organiser of the ruling New Patriotic Party (NPP), Henry Nana Boakye also known as Nana B, today Saturday January 12, 2019 joined the widow of the late Member of Parliament for the Ayawaso West wuogon Constituency, Emmanuel Kyeremanteng Agyarko, Lydia Alhassan in a massive cleanup exercise within the constituency.

Madam Lydia Alhassan is the ruling New Patriotic Party’s parliamentary candidate for the constituency in the upcoming by-election slated for the 31st of January 2019.

The cleanup exercise was in memory of the fallen Member of Parliament who passed on in the United States of America while receiving treatment at a health facility for an ailment some weeks ago.

Party Members and supporters converged at the Dzorwulu Traffic light and moved through some principal streets in the Constituency.

The NPP youth leader charged the party, particularly the youth to work hard to retain the parliamentary seat during the January 31st By-election in memory of the late Hon. Emmanuel Kyeremanteng Agyarko. 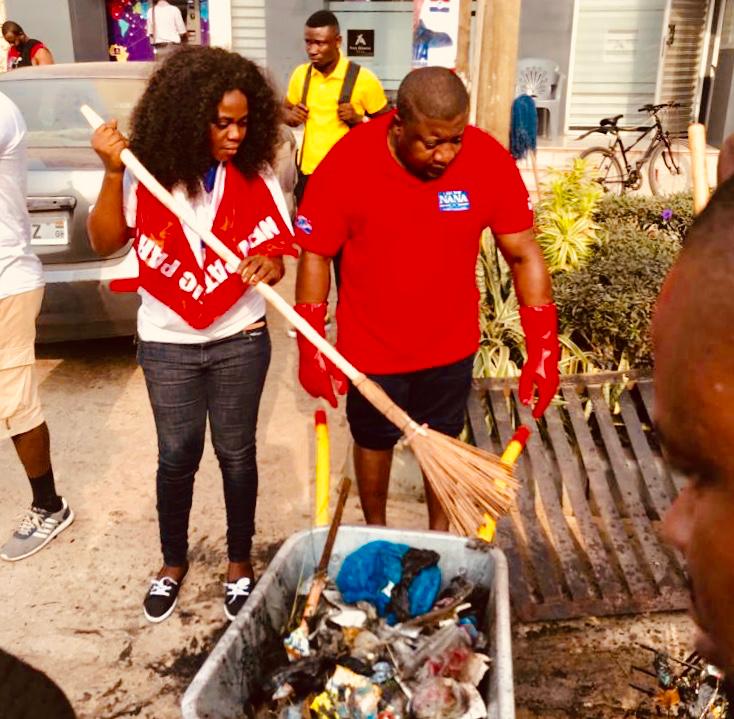