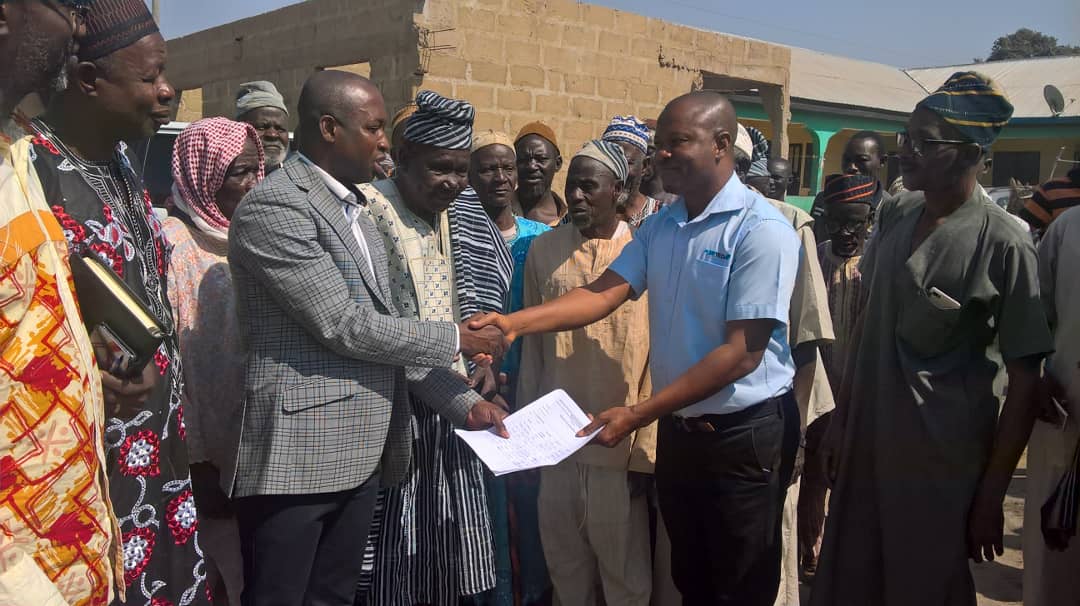 The District Chief Executive for Central Gonja District in the proposed Savannah Region, Hon. Mustapha Mahama has cut sod for work to commence on a small town water projects at Yapei.

Addressing the Chiefs, elders and people of Yapei at a brief ceremony at the project site, Hon Mustapha said the project was in line with Governments resolve of attaining universal water coverage for all Ghanaians and also a fulfillment of the pledge made by President Nana Addo Dankwa Akufo-Addo in the run up to the 2016 elections to Yapeiwura Alhassan Soale and the people of Yapei to provide them with reliable and portable drinking water.

Hon. Mustapha urged the contractor to at least offer 80% of the workforce of the projects to the teaming Youth of Yapei and its environs to help boost the local economy of the area.

“Our youth are hardworking and readily available to work and as part of the local content component of the project, you are supposed to employ the youth from the community and its environs ” he said

The DCE also used the opportunity to thank the people of Gonjaland for voting overwhelmingly to endorse the creation of Savannah Region.

He informed the people of his plans to open up among others, the roads between Yapei  Yipala to Zoawu and Yapei Yipala to Bonyagasei.

Engineer Joe Jonas of the Community Water and Sanitation Agency (CSWA) said the scope of the project includes the construction of a concrete tank, offices and distribution lines from Ntereso to Yapei.

“The motive behind the project is to provide potable drinking water to every house,  public stand pipes will also be provided for those who will not be able to lay the pipe into their various households” He added

He commended the DCE for his commitment to the project and further asked him to help them secure funding for the second phase of the project which will extend water to Kusawgu and Sankpala.

Yapeiwura Alhassan Soale in his speech thanked the president and the DCE for their dedication towards providing Yapei and its environs with portable Drinking water but was also optimistic the President will also fulfill his promise of carving out a New District from Central Gonja with its capital at Yapei and build a Senior High School at Yapei.

Yapeiwura assured the DCE and the contractor of his support and that of the community to ensure a successful execution of the project.