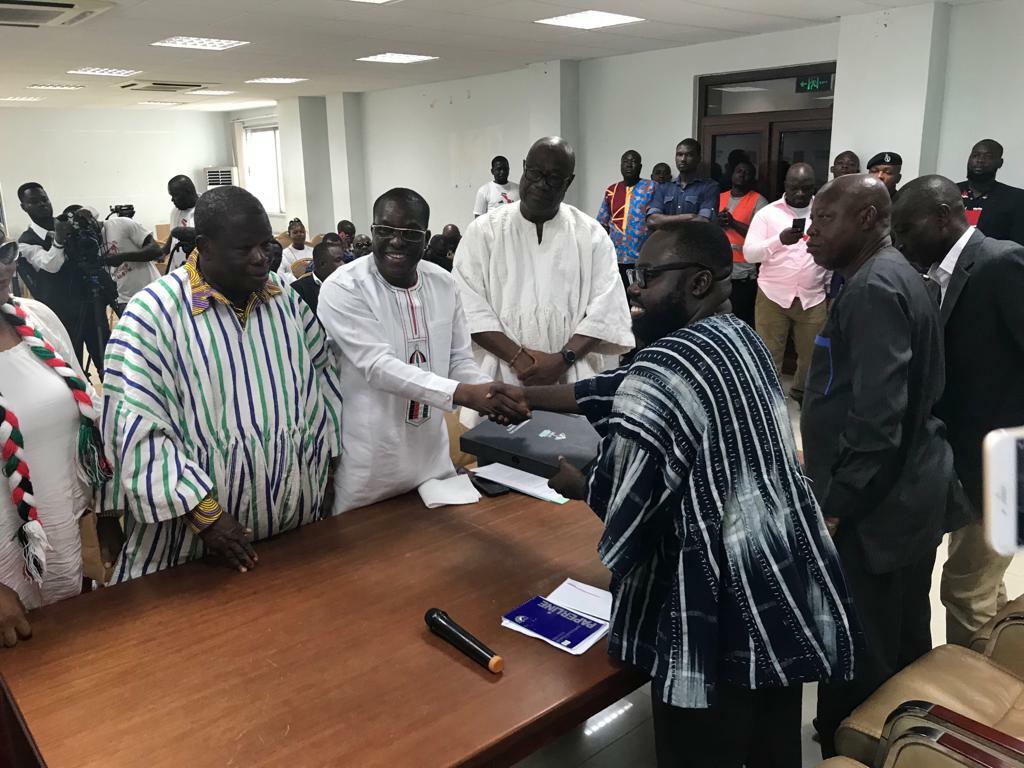 Flagbearer hopeful of the opposition National Democratic Congress (NDC) Alban Sumana Kingsford Bagbin says his vision for the party is to recapture political power for it and also restore its integrity.

Mr. Bagbin who made the pronouncement a while ago while submitting his nomination forms at the NDC Headquarters in his bid to contest the flagbearership position of the party was hopeful his vision will attract like-minded persons to support his cause.

He was accompanied to the NDC National Headquarters by prominent members of his campaign team including Fritz Baffour among others.

He was supported by some top officials of the party.