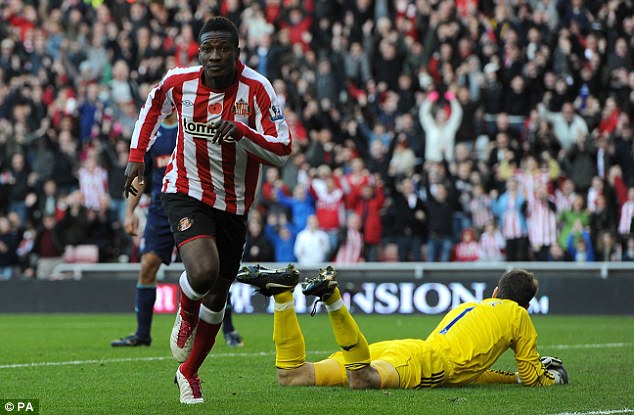 Captain of the Senior National Team, the Black Stars, Asamoah has told BestNewsGH.com that his missed penalty during the 2010 World Cup in South Africa earned him the signing onto Sunderland AFC.

“When I got to Sunderland the coach told me that he signed me because he thought I was brave. He said how I mustered the courage and the confidence to take the second penalty which I scored successfully was what endeared me to him and that he signed me on because of that” he said.

According to him, in as much as he regrets the incident, it somewhat turned into a blessing in disguise for him.

“What people should understand is that there is no way someone can deliberately miss a penalty in a crucial game at the World Cup level. I felt deeply sad just as the way they felt bad. But that is the game. I have learned my lessons from that and have moved on.” He added.

Baby Jet as the Black Stars skipper is popularly known said he has lifted the ban on playing penalties following the 2010 World Cup debacle and that his refusal to do so was to honour the memory of his late mother who warned him never to take a penalty for the country ever again.