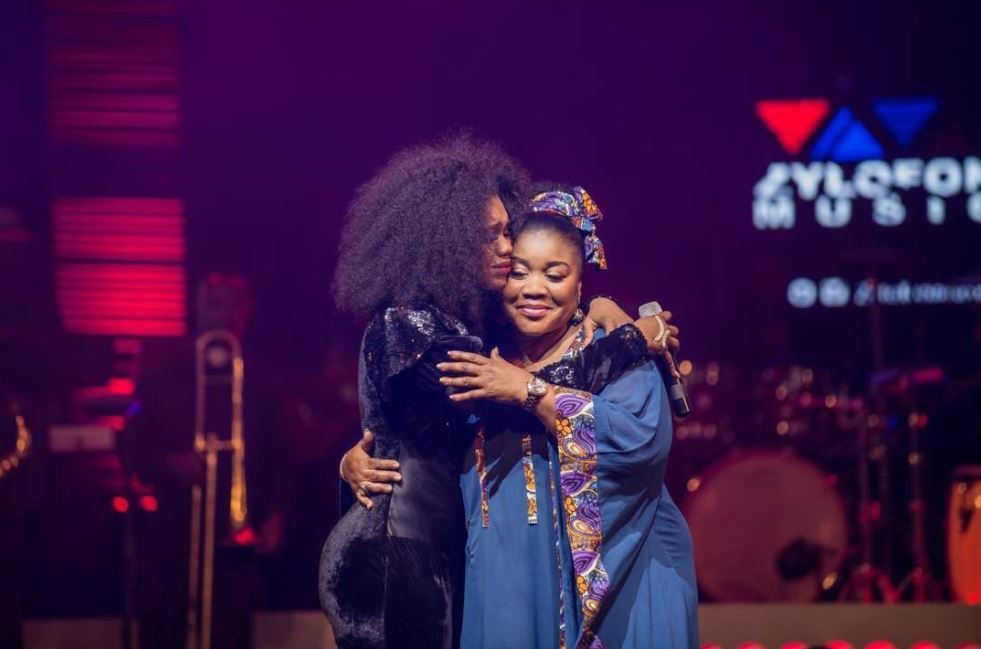 Mother of singer and songwriter Rebecca Acheampong, popularly known as Becca in showbiz circles has broken her silence on reasons why her son in-law who is still new in his marriage to her daughter is calling her names and insulting her.

According to Madam Julie Yiadom-Oti, her Nigerian son in-law Tobi Sanni Daniel is angry with her because she advised her daughter to be wise and protect her money.

According to the disturbed mother in-law, she advised Becca to endeavor to buy a house for herself and also ensure that the future of their children is secured through various investments, an advise the son in-law has not taken kindly to.

According to an interview conducted by Ghanacelebrities.com with Madam Juliana Yiadon Oti, there seem to be some tension between mother and daughter now, following the anger of Tobi Sanni Daniel who pours invectives at her at the least opportunity.

Recently he was reported to have labeled his mother in-law a witch.