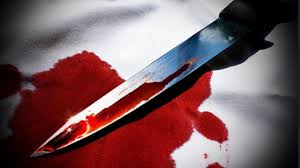 A 16 year old teenage girl has been picked up by police at Kade in the Eastern for the murder of a 21 old taxi driver.

Also arrested alongside the main suspect, Frema Essuman is one Vida who was with the victim when the incident took place.

Fredrick Gadlasu, the deceased was said to be in his room with the second suspect, Vida when Frema Essuman stormed the room and carried out the dastardly act.

A resident of the area who wants to remain anonymous told the media Frema had visited the deceased in his house and on seeing Vida with the deceased, got angry and pulled out a dagger with which she inflicted severe cuts on the deceased.

The suspect according to the source, after committing the crime, turned around and shouted for help, following which neighbours in the compound rushed to the room and conveyed the victim to the hospital.

He was pronounced dead on arrival, leading the police to arrest Frema and Vida for questioning and to assist with investigations.