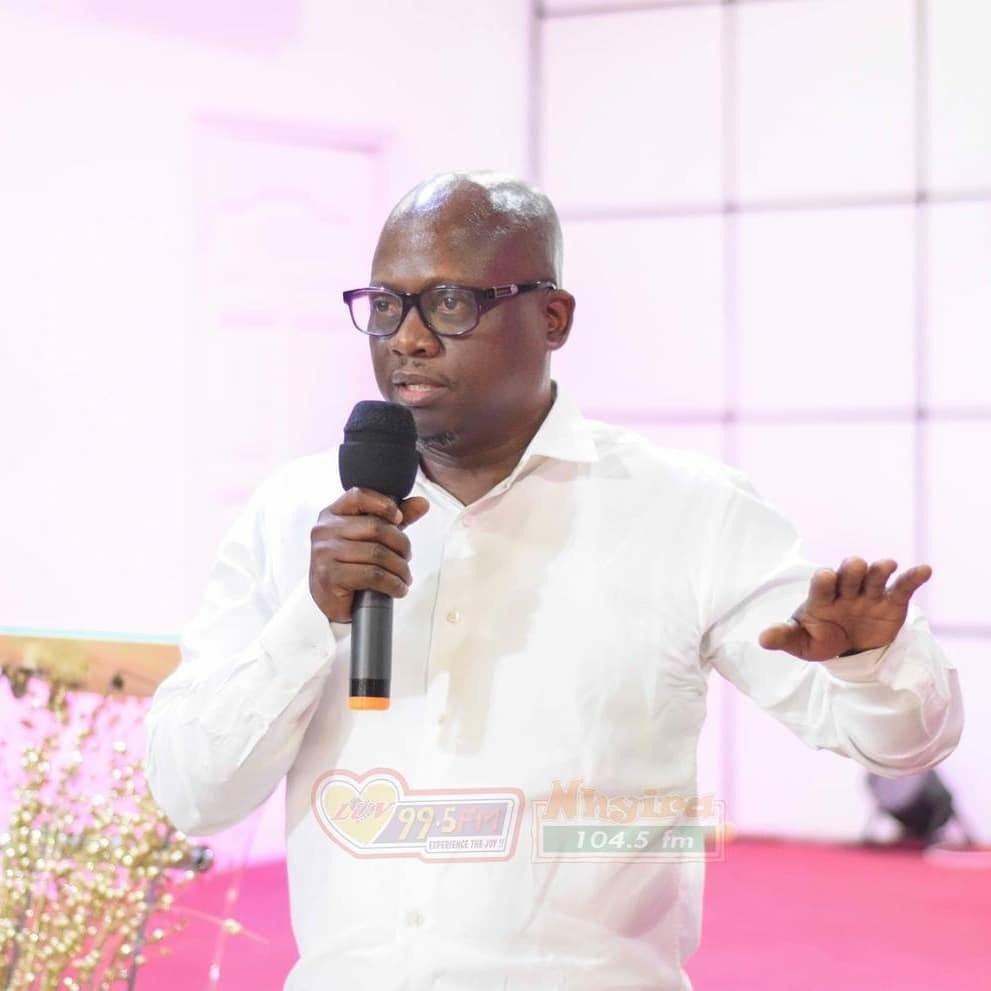 “Everything happens for a reason. Nothing is a coincidence. There are times God will allow us to go through difficulty so later on, we can be instrumental in helping others overcome” – Joel Osteen

My name is James Aglah, a General Manager with Ghana’s leading private broadcast media organization, the Multimedia Group. I am also a volunteer fundraiser for the Sickle Cell Anemia Foundation and Bone Marrow Transplantation Ghana.

I have experienced the death of a loved one, my only daughter Gifty Mawuena Aglah. She died at the age of 8 years after a protracted fight against a particularly difficult-to-cure form of brain cancer the doctors described as Brainstem Glioma.

It was a fight that took me and little Gifty from our home country Ghana to Johannesburg, South Africa to seek treatment in August, 2014.

Gifty recovered from a near vegetative state after two months of very expensive and intensive radiation therapy at the Netcare Rand Hospital in Johannesburg. At least that’s what the medical report concluded.

Gifty went back to school upon our return to Ghana in November to the joy of family, friends, school mates, her elder brothers and her favourite family dog named Butu!

Sadly, the joy and happiness her healing brought to our home was shattered once again three months down the line when the dreaded symptoms re-emerged, and her condition deteriorated rapidly until she could no longer speak, walk or perform any task on her own.

Gifty Aglah, a bright, intelligent and beautiful young girl passed away on July 1, 2015 at 05:23 am in the pediatric oncology ward at the Komfo Anokye Teaching Hospital in Kumasi,  Ghana.

I stood by her bed in desperation and pain holding her hands as I watched her take her last breadth while the doctors tried in futility to save her from death.

In the few weeks I spent by her bed in the hospital ward before she passed away, I came face to face with children suffering from all kinds of cancers, blood disorders and sickle cell disease in particular.

Particularly distressing was the plight of sickle cell children who would wail and scream in obvious excruciating pain from incessant bouts of sickle cell crisis. Death was almost a daily occurrence in that ward.

The pain and frustration of parents who looked on helplessly as their children suffered and died made my case seem like a walk in the park. My only consolation was that at least my daughter did not die in pain from her brainstem glioma condition.

This event marked the turning point in my life as I have dedicated the rest of it to help as much as I can to support unfortunate children who suffer such cruel diseases and their equally traumatised parents.

I saw the opportunity to contribute when a group of benevolent medical doctors establised the Bone Marrow Transplantation Clinic and its foundation, the Sickle cell Anemia Foundation at the Greater Accra Regional Hospital in Accra, Ghana for the cure of sickle cell anemia.

Sickle Cell Disease (SCD) is a chronic inherited blood disorder which can cause severe pain, stroke, organ failure, and other complications including death.

This blood disease which is due to faulty red blood cell functions, affects millions of people worldwide and is a most common life-threatening non-communicable disease in children in Africa, where most of the affected children die before adolescence.

An estimated 15,300 babies born each year in Ghana have a form of Sickle Cell Disease and 95% of these children die before the age of 5 years.

Bone Marrow Transplantation (BMT) is the only established cure for the condition, with a documented success rate of above 90% using a compatible family donor.

The average cost of an allogeneic bone marrow transplant in the United States is around $800,000, while an autologous transplant will cost around $350,000.

This can vary hugely from state to state, though, and areas where bone marrow transplants are in high-demand will record higher prices.

However with the support of Ghana’s Ministry of Health in the form of tax waivers on imported drugs, BMT Ghana is able to perform the procedures at the heavily discounted cost of between $20,000 and $25,000.

The procedures are performed by leading experts in bone marrow transplantation from Europe and the US at no cost to BMT Ghana thus contributing to the cost reduction.

Regardless of this significant cost reduction, none of the patients the Center has cured have been able to pay the full amount of $25,000

BMT Ghana has currently documented ninety-one (91) patients awaiting the various kinds of transplants but the harsh reality is that many of them cannot afford the cost.

We cannot and must not allow this to prevent these children from accessing care and the prospects of a better life!

This is why we have come to you, bowl in hand, to beg for your support in cash.

Absolutely no amount is considered too small.

Nothing is more important than a child.

Nothing is more important than curing a child.

Our work is not possible without your support.

Thank you in advance for your contribution. You have no idea how much it means for those poor sickle cell children to have your support.