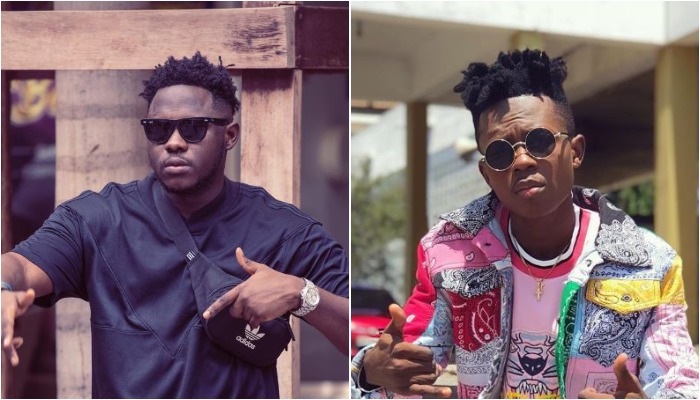 Rapper Strongman has opened up on his beef with Medikal last week. The Kumasi based rapper admitted that, the beef has brought him great dividends than he thought.

Strongman and Medikal engaged in one of the hottest lyrical feuds the music industry has seen last week.

The artistes had brutally attacked each other in a battle of words which also, unfortunately, left the reputations of their significant others to public ridicule.

In an interview on SVTV Africa after his performance at Kikibees karaoke with the stars, Strongman told host DJ Nyaami that, even though they both benefited from the beef, the beef has brought him some great returns more than Medikal.

The ‘Baby’ hitmaker added that, he is looking forward to do a collaboration with Medikal any time soon.

“Oh yeah it’s possible, I just don’t like the way he feels bossy, it pisses me off. But I’ve realized he has followed me on twitter and I followed him back so that’s the process because the two of us aren’t friends because of his behavior but due to the beef, a collaboration can happen and we can do a song together. We’ve iron out our differences and so if the need be, I will gladly feature him on a song”

Strongman however noted that, he is not ready to be signed unto any record label.