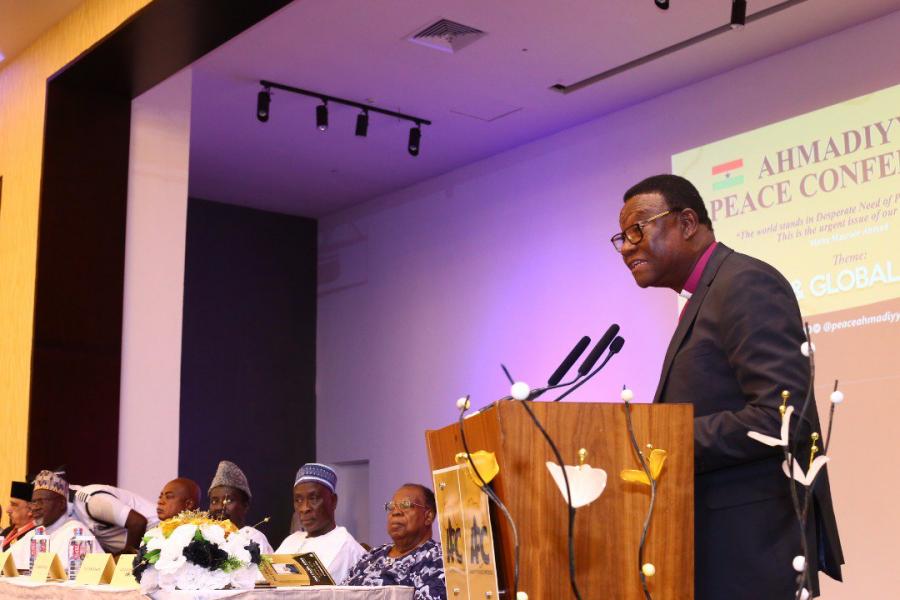 Mistrust among political actors is contributing to electoral violence in the country, the Chairman of the National Peace Council (NPC), Most Reverend Professor Emmanuel Asante, has said.

He said there was a trust deficit in Ghana’s electoral processes, especially on the part of political parties.
That, he said, gave room for political parties holding on to political vigilantism to protect their interests.

He was addressing an advocacy workshop on Vigilantism and Related Offences Act at Akyawkrom in the Ejisu Municipality.

The workshop, which was organised by the Ashanti Regional Peace Council with funding from the Danish International Development Agency (DANIDA), was to sensitise participants to the Act that outlawed political vigilantism.

It was attended by representatives from political parties, the clergy, Muslim leaders, EC, Police, National Commission for Civic Education (NCCE) and the media drawn from the Ejisu Municipality, Juaben and Effiduase Asokore districts.

Most Rev. Asante observed that the situation where the Electoral Commission (EC) and the Ghana Police Service were always perceived to be in bed with the ruling party while working against the interest of the opposition was not helpful.

He, therefore, stressed the need for ruling parties to ensure the independence of state institutions to avert needless suspicions when in opposition.

He said it was time political parties worked together for sustainable peace in the country, adding that the very people whose mandate they sought would suffer the consequences of electoral violence.

“As key stakeholders competing to lead the development of the country, politicians owe Ghanaians the duty to prioritise national interest ahead of that of their parties.

“Political parties should begin to engage one another beyond elections at the local and national levels for the collective development of Ghana”, he counselled politicians.

Most Rev. Asante said the quest for peace should be paramount for all Ghanaians and urged the participants to influence their respective organisations in the fight against political violence.

He said such disturbances often escalated during elections and called for collective efforts from stakeholders to protect the peace in the region and Ghana as a whole.