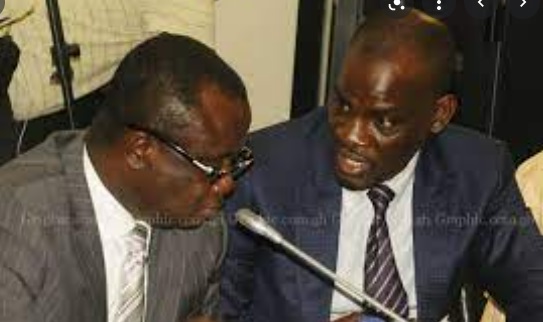 Leader of the Minority in Parliament, Haruna Iddrisu (NDC, Tamale South) is expected to move a motion on Wednesday, December 8, 2021 in the house which if successful, will reopen the debate on the legitimacy of the process that approved the 2022 Budget.

When the Minority rejected the Budget, the Speaker, Alban Bagbin presided over proceedings, and then flew out of the country on November 27, 2021 to seek medical care in Dubai. He is expected back in Ghana on December 14.

On December 1, during a chaotic meeting of the house, the Minority Leader moved a motion that sought to overturn the approval of the Budget, however proceedings degenerated, leading to Joe Osei-Owusu, then presiding, exiting his seat abruptly.

It is this ruling of December 1, 2021 that Haruna is seeking to outlaw, and for which he has filed the motion to “Set aside the purported Ruling of the 1st Deputy Speaker, Mr. Joseph Osei-Owusu…” on the grounds that “…it contravenes the Rules, Conventions and Practices of the House and was actuated by bias.”

In the absence of Alban Bagbin, Joe Osei-Owusu or the Second Deputy Speaker, Andrew Asiamah Amoako, (Independent, Fomena, will preside. 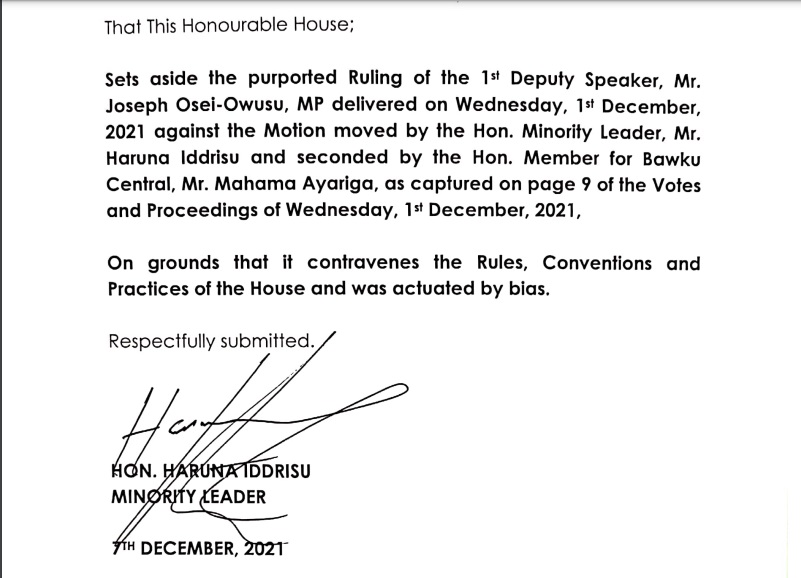