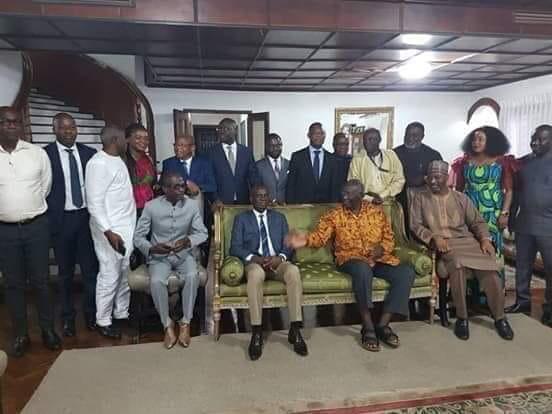 Information available to BestNewsGH.com indicates that the Minority National Democratic Congress (NDC) in Parliament has called on former president John Agyekum Kufuor at his residence in Accra.

Led by the Minority leader, Haruna Iddrisu, the minority delegation was joined by the General Secretary of the NDC, Johnson Asiedu Nketia.

Sources with knowledge about the visit intimated to BestNewsGH.com that the main reason for the visit was to impress upon the former president to beg government on behalf of one of its own, the Member of Parliament for Bawku Central Constituency in the Upper East Region, Mahama Ayariga.

Mr. Ayariga is under investigations on allegations of tax evasion, a case that is being handled by the office of the Special Prosecutor.

The source added that the team did not limit their plea to only Mr. Ayariga, but other members of the NDC, who are likely to face charges in court, basically bordering on corruption.

Mr. Ayariga according to the source was part of the delegation that visited the revered former president.

It is however unclear what the response of the former president to the request of the Minority and NDC General Secretary was.