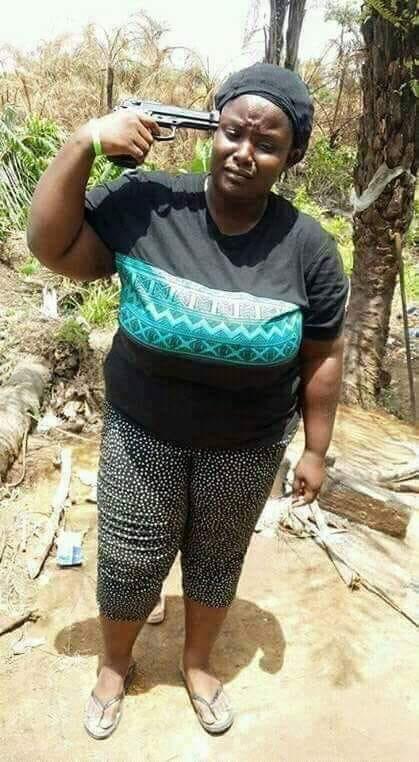 A 38 year old female soldier is on a suicide mission following a nasty break up with her boyfriend of 8 years.

According to the woman whose identity has been concealed, they dated for 8 years and plans were afoot for them to formalize the relationship only for the man to back out at the last minute.

Unable to bear the pain of losing the man of her dreams, she has decided to take her life saying ‘’it’s time to put an end to this nightmare’’.

According her, she is even more pained by the fact that she gave the man her all, including her body.

‘’After 8 years of dating and giving him all my body……now he’s telling me he won’t marry me… I’ve chased away all the suitors that approached me these years. Now my heart is broken by this heartless fellow….. It’s time to put an end to this nightmare.’’