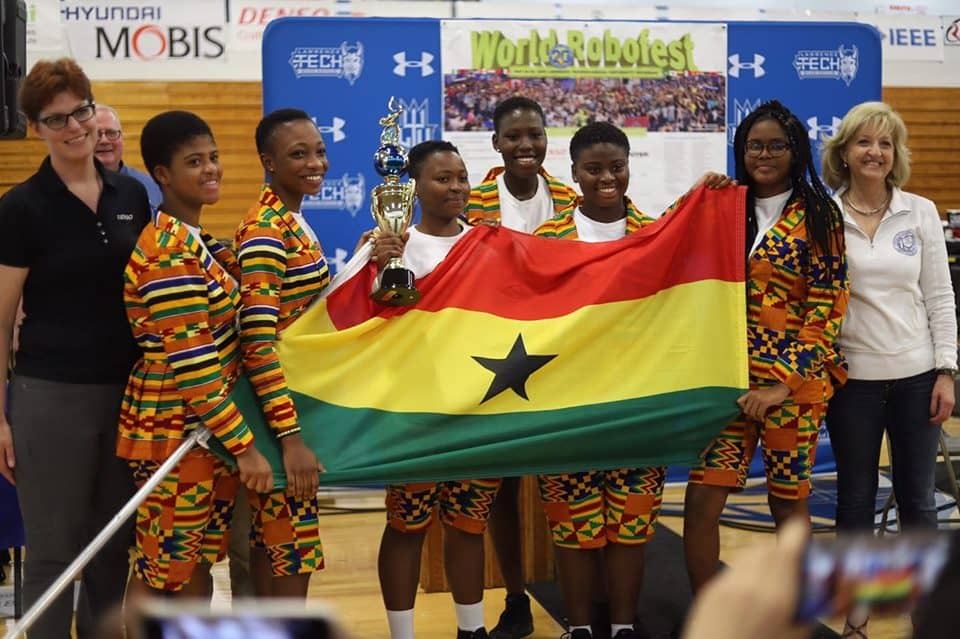 Methodist Girls’ High School at Mamfe Akuapem in the Eastern Region took first place in the Senior Game Division at the Robofest World Championships, held at Lawrence Technological University, Michigan, in the United States of America.

The 20th edition of the robotic-driven approach in solving tasks was won by Team Acro-Bot from the Ghana Robotics Academy Foundation, a robotics organisation in Accra.

The task given comprised building a robot to arrange boxes according to a Binary Number Given. This Binary Number is unveiled when all robots are impounded.

MEGHIS had earlier triumphed from the preliminary contests held in Ghana among all the top senior high schools.

Taking second place were the Teqq Televisors, a team from Hyderabad, India, while third place went to Team Joe Bots of Troy, Mich.

In the Junior Game Division for grades 5-8, first place went to the Robobuilders of Novi, Mich, with second place to team JABs of Aurora, Ill., and third place to Robowarriors of Troy, Mich.

Robofest was invented in 1999 by LTU computer science professor C.J. Chung, and since inception has seen 28,000 students compete worldwide.

Robofest features robots that are completely autonomous—controlled solely by software, not remote-controlled by joystick—and has low barriers to entry, with a $50 entry fee and a robot kit that costs less than $300. 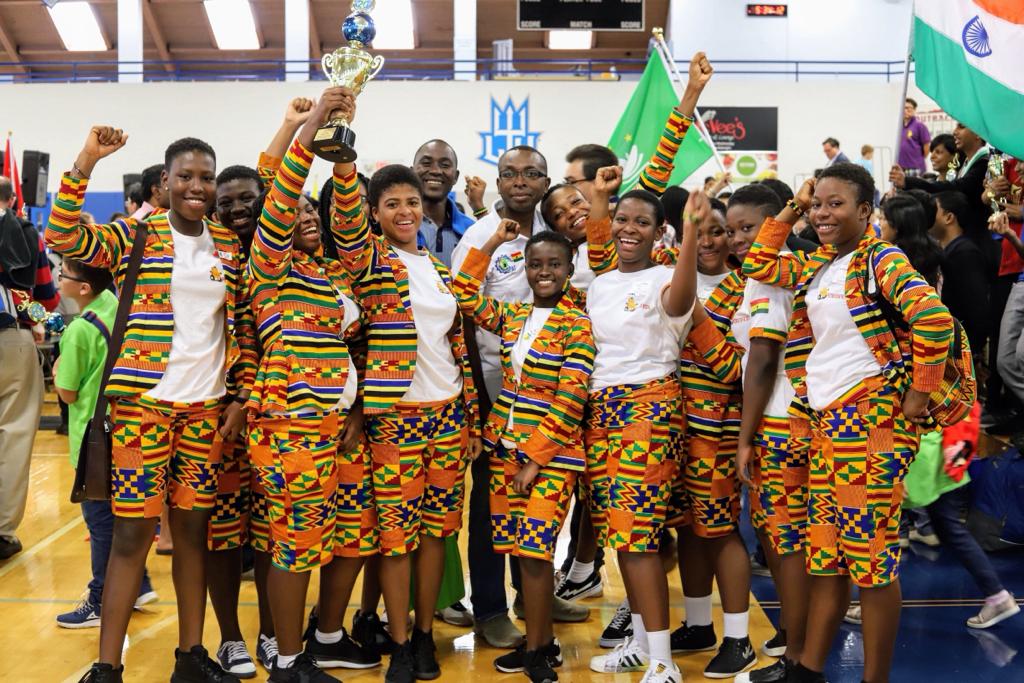 Robofest is also seven competitions in one.

A Game competition, which changes every year, is the most popular event, but there are also competitions in Bottle Sumo, a simple game in which robots try to push each other or a two-litre pop bottle off a table; RoboParade, in which robots are judged on elaborate decorations, as well as their ability to stay on a path; RoboArts, in which robots are programmed to accomplish artistic objectives like music or dance; the Unknown Mission Challenge, in which students are given a task to complete with limited time to write the software to accomplish it; the Vision Centric Challenge, a competition for high school and college teams in machine vision; and the Exhibition, where students dream up any task they choose, and design a robot to accomplish it.

In other competitions decided Saturday, the winner of Junior Exhibition was PCMS, from Pui Ching Middle School in Macau, a former Portuguese colony now a semi-independent part of China.

Winning Junior RoboArts was Golden Brains, a team from Genio Tech School in Alexandria, Egypt. Sweeping the Vision Centric Challenge at both the high school and college levels were teams from the Robot Institute of Hong Kong.

“And as this impressive list of winners shows, Robofest is also truly a global celebration of fun competition and STEM education.”

The Ghana Robotics Academy Foundation was founded by Dr Ashitey Trebi-Olenu in 2011 as a non-profit volunteer organization dedicated to motivating and inspiring the next generation of Ghanaians interest and participation in science and technology.

The impetus behind this dedication to robotics education is that in Europe, North America and Asia robotics teams are catching on with students, igniting their passion for technology, engineering, and fever-pitched competition.

Demonstrating that robotics workshops are an ideal way to captivate young minds and stimulate critical thinking.

One of the major challenges for Ghana will be ensuring younger generations obtain competitive technical skills through higher education, the scientific and technological building blocks critical to economic leadership.

As these well educated and technology savvy Ghanaian students enter the work-force over the next few years as entrepreneurs, they will help Ghana’s fast-growing, low middle income economy continue to grow, and will help in the formation of the increasingly important and dynamic services sectors and knowledge-based economic enterprises.

This will also result in a broadly shared prosperity in Ghana through a more educated and skilled student body that is interested in science, technology, engineering, and math.

Unless young Ghanaians are inspired and energized to pursue STEM, Ghana faces the risk of falling behind the technological workforces of India, China, and South East Asia nations.

Ghana Robotics Academy will provide a new high-level initiative in science and technology that will be an outstanding recruitment tool for young Ghanaian scientists, engineers and entrepreneurs.