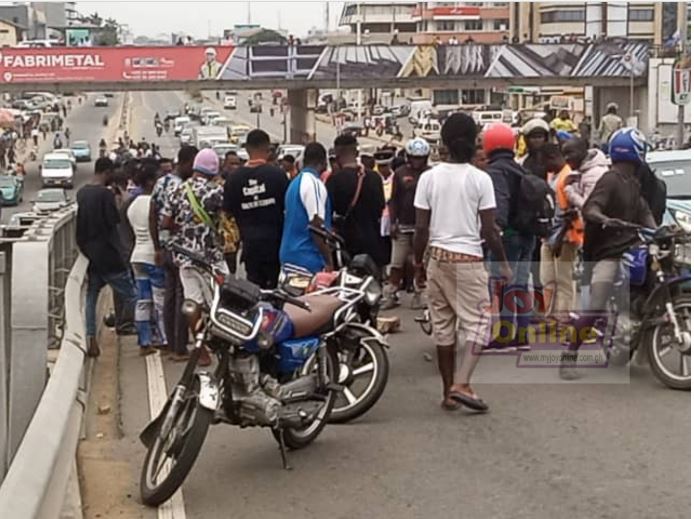 An unidentified young man has been stoned to death by a mentally challenged woman.

The incident is reported to have happened on Monday afternoon atop the Kwame Nkrumah Circle.

In a video circulating on social media, the unknown man was seen lying in a pool of blood with a large stone near his right hand.

An eyewitness gave a detailed account to Myjoyonline.com of what led to the man losing his life.

According to him, the deceased was a pillion rider on a moving ‘Okada’ on one of the interchange levels when the woman struck him.

The eyewitness said that when the victim fell off the motorbike, the woman pounced on him and attacked him with the large stone.

“The man died before passersby arrived at the scene”, the eyewitness added.

Police later apprehended the woman after a mob had threatened to lynch her.

She was handcuffed and transported in a police pickup truck bucket, escorted by three officers and a man in civilian clothing.

Meanwhile, a car with the registration number GS3499-17 was also involved in an accident at the same stretch, but the driver escaped unharmed. 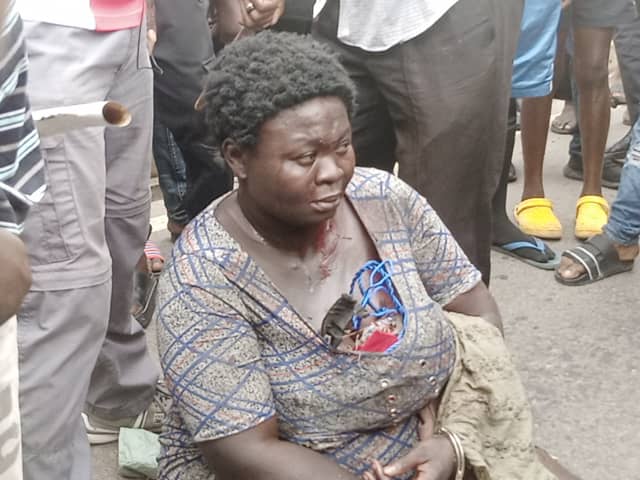