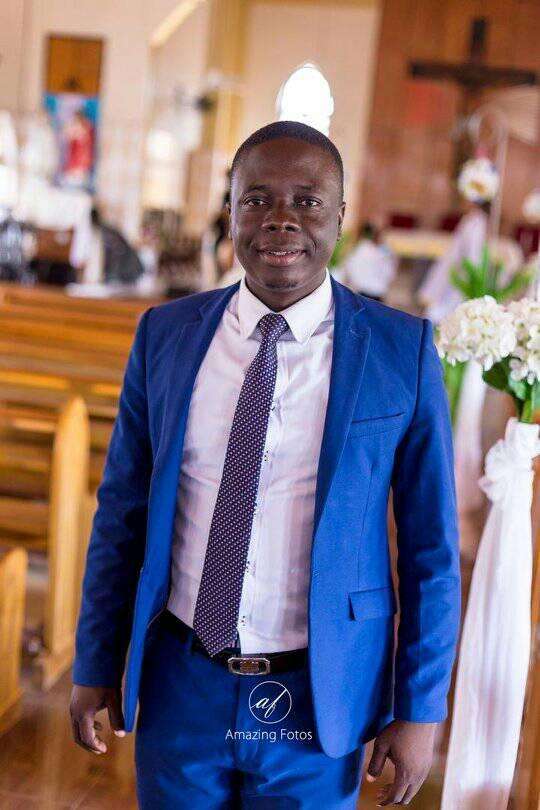 A young man known as Theophilus Morgan broke sports betting record in Ghana after he won almost $12 million at a sports betting company, SafariBet but the company has refused to pay him the amount he won and has deleted all of his slips from his account after blocking his account for several hours on the day he won.

Theophilus Morgan who has been betting for years now, would have been the latest Millionaire in the country after his 24 match predictions all blinked in ‘GREEN’ indicating that he had won, but unfortunately for him, the company he placed his bet at Safaribet.com has decided not to pay him the amount he won, with reasons that, he never won 220 slips even though there is a clear evidence to prove that he actually won the Ghc57 million.

His predictions comprised of games from EPL, Champions League, Italy Serie A, and even Europa League. He placed a long bet which run from 7th November- 11th November 2018 and as he was expecting, all the 24 games won, making all the 220 slips win automatically.

Ghbase.com has been told that, the whole of Nungua were jubilating when he won, and was getting ready to withdraw his money only to realize his account had been blocked by the betting company, Safaribet for obvious reasons.

Morgan then stormed one of the stores of SafariBet at Labadi to find out why his account has been blocked, and after several hours, his account was enabled again, only for the betting company to reduce his actual win from Ghc57 million to meager Ghc286,991.

The company had intentionally deleted 219 of his slips, so there’ no trace of evidence to prove that he had won such amount. We believe that was the main reason why they blocked his account, so they could alter things.

Social media users had already started spreading the first screenshot which showed the Ghc57 million in his account before the company made the changes.

People think Morgan has been paid his Ghc57 million but in reality, he’s not received even a pesewa of his winnings, as we’ve gathered that Safaribet has only indicated that they would pay Ghc286,000 which is not even close to 10% of the total winnings, he legitimately won.

In a second meeting today with Safaribet, Theophilus Morgan was hoping to walk away with his money, but the company had said, there’s no evidence to prove he won Ghc57 million (Of course, they’ve wiped all his winning slips in his account, leaving only one) and that they will pay him the Ghc286,000 on condition, that he signs an agreement that he won just one slip and not 220 slips.

It’s funny that a big company like Safari wants to act smart. Even if you intend to pay him the Ghc286,000 why force him to sign an agreement? Do they get people to sign agreements before they win?

It’s obvious, Safaribet knows, they are not doing the right thing and want to find a way to silence him and so are offering him that peasant amount when he should be getting his Ghc57 million.

Theophilus Morgan, the young man who won $12 million at Safari and they do not want to pay

As it stands now, Safaribet is not willing in anyway to pay him the Ghc57 million and will only agree to pay the one slip of Ghc286,000 if he will sign an agreement, to admit that he won only that amount and not Ghc57 million.

Theophilus Morgan and his lawyers are shocked and have expressed displeasure at how Safaribet wants to outsmart him, considering that, each time, he loses his money while betting, no one calls him to sign any agreement or anything of that sort.

There’s evidence to show that, Morgan has been losing bets several times, by placing more than 200 slips in most occasions and he loses, but in all of that, Safari never said,  ‘oh you’ve lost soo much, come for your money‘ so we are surprised someone has won and it’s becoming hard for them to pay and then go ahead to delete his slips, to make it look like it was just one slip he won.

We would follow this story keenly and share the update with you on whatever decision is reached.