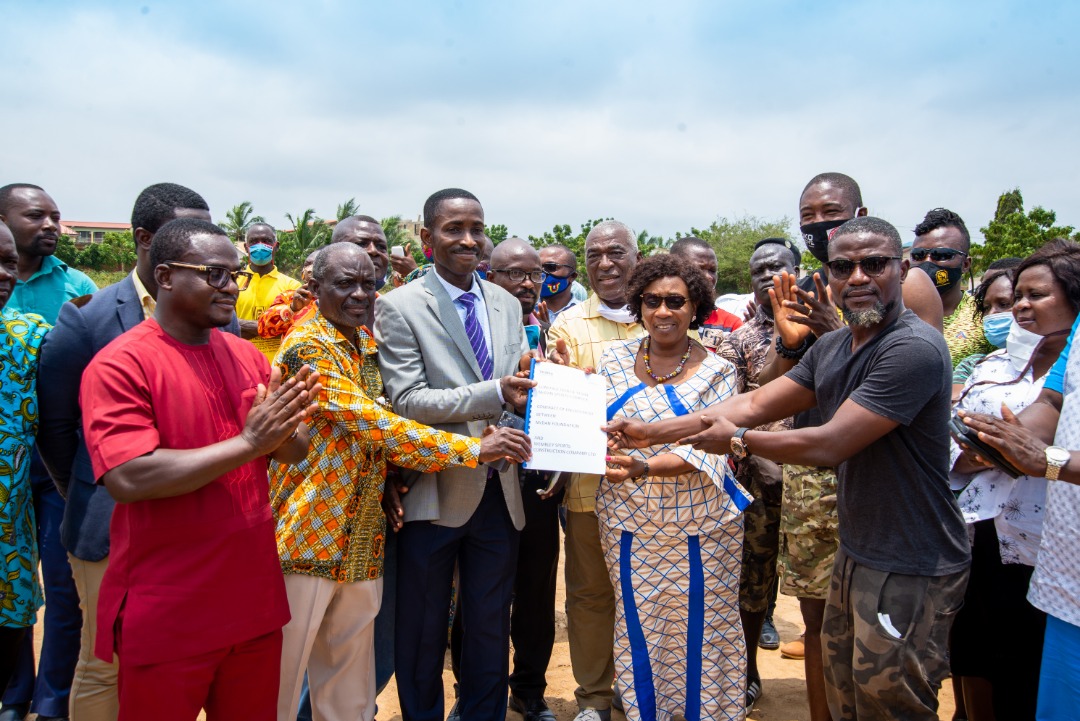 The McDan Foundation under the Chairmanship of the Chief Executive Officer and Chairman of the McDan Group, Dr. Daniel McKorley has begun the construction of a 5 Million Dollar Multi-purpose sports complex at Teshie in the Greater Accra Region.

The facility which will be named the Teshie Sports Complex, will contain a FIFA standard 11-aside pitch, 7-aside pitch, a hostel, spectator stands, changing rooms, floodlights, public washrooms and ceremonial sheds.

Obviously one of the biggest initiatives of the McDan Foundation, the facility will seek to unearth sporting talents within Teshie and its environs, with a view to harnessing the potentials of the youth for national development.

The Chairman of the McDan Foundation, Dr. Daniel McKorley said of the facility ‘’I am excited to see one of our biggest initiatives kick-off. Proud to be part of a brand which works tirelessly to make a positive difference in the lives of children, their families and the communities we serve.’’

The idea of the Teshie Sports Complex was mooted by the Member of Parliament for the Ledzokuku Constituency and Deputy Minister of Health Dr. Bernard Oko Boye, following which he approached the McDan Foundation for support. 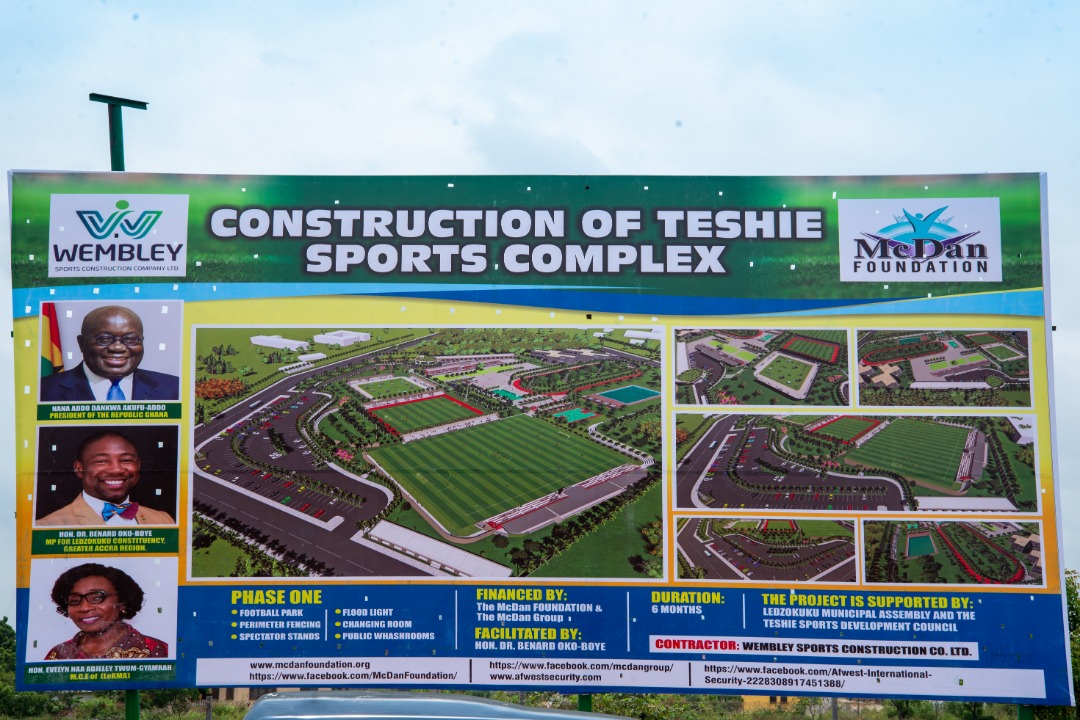 The Project which will be fully funded by the McDan Foundation, is being executed by Wembley Sports Construction Company and is expected to be completed within 6 Months.

The Chief Executive Officer of the McDan Foundation, Frank Oduro said the project will not only benefit indigenes of Teshie, but people from adjoining communities who will patronize it for various purposes.

He craved the indulgence of the various stakeholders in the Teshie area to lend their support to the contractor to ensure that the project is completed within the stipulated 6-month period.

Former Ghana international, Laryea Kingston who was at the sod cutting ceremony expressed joy that the Teshie area was going to host such a huge facility which will promote sports development, particularly football.

He pledged their support for the project.

The Member of Parliament for the area, Dr. Bernard Oko Boye who was excited at the commencement of the project, thanked the McDan Foundation for agreeing to fund the project and expressed confidence the facility will positively impact the community. 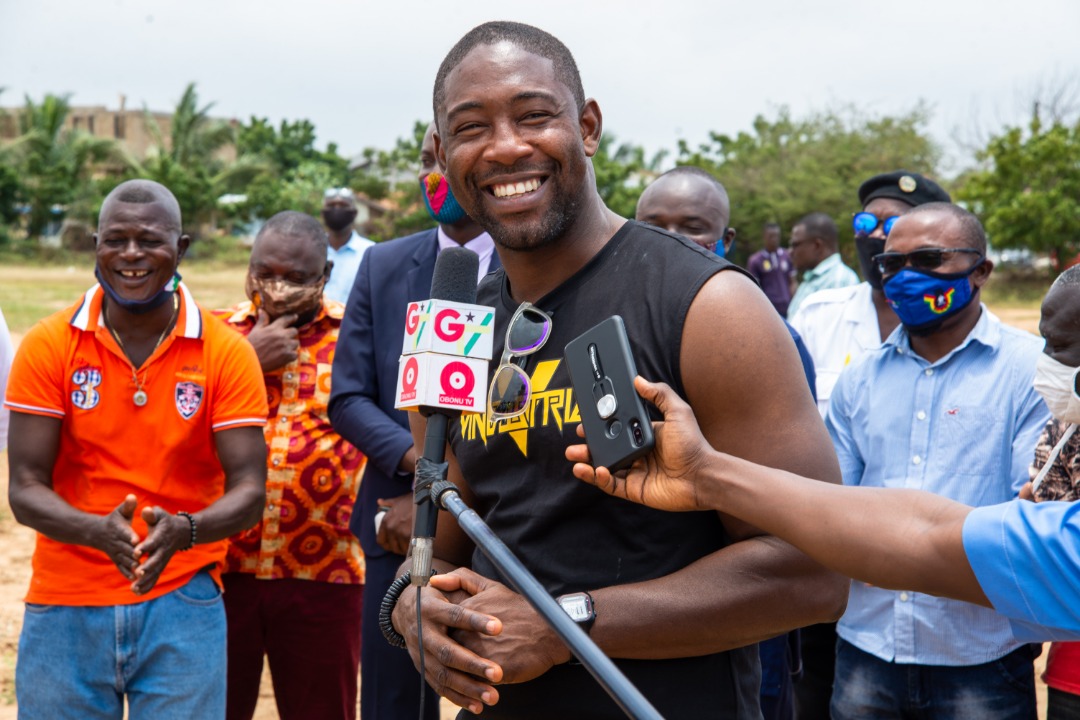