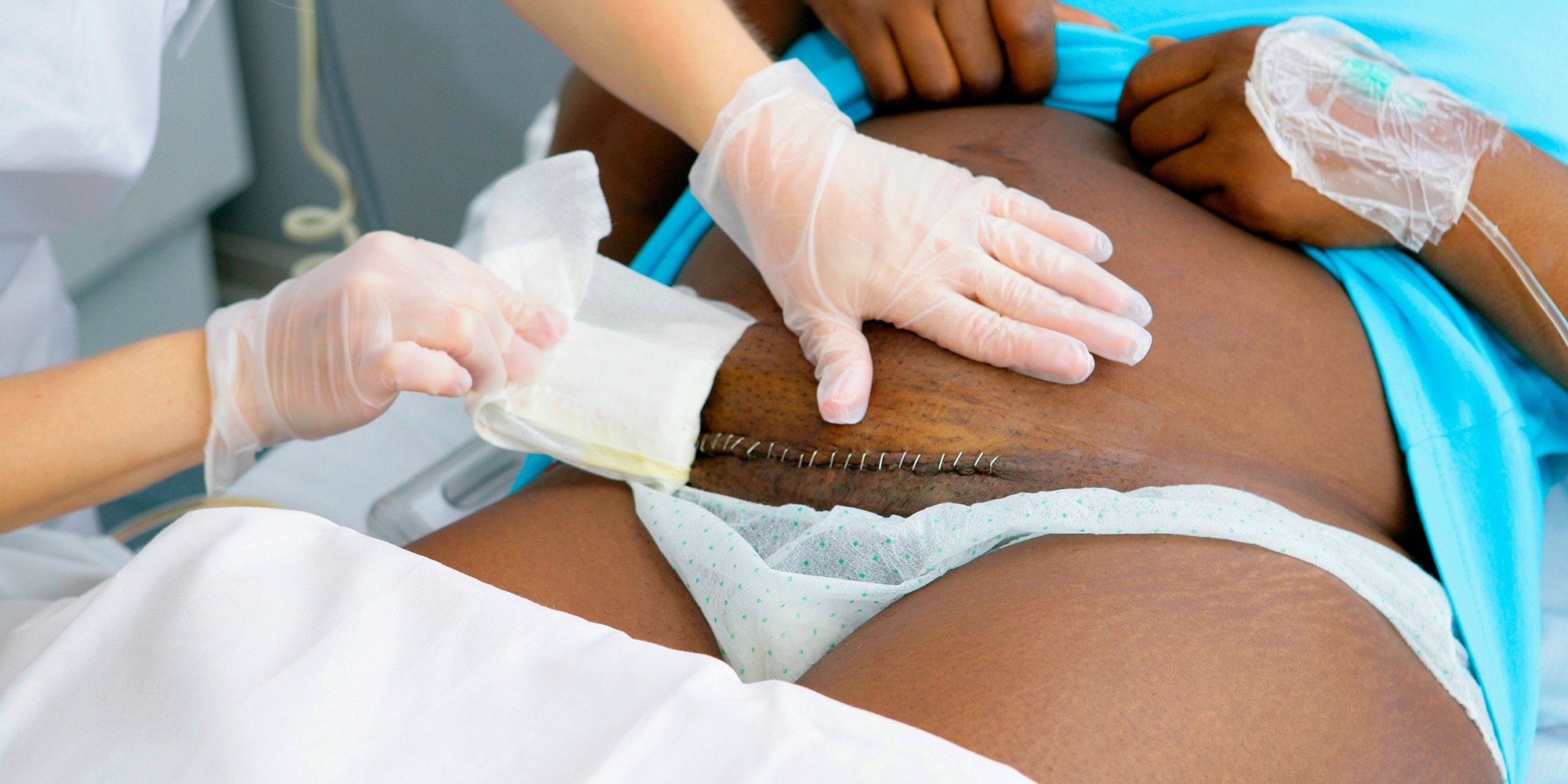 A growing number of expectant mothers are opting for Caesarian Section (CS) in order to preserve the size of their genitals.

The size of the genitals, according to these women, plays a critical role in love making with their partners.

Theresa, a banker and a mother of two, told The Mirror in an interview that, “my husband told me about a conversation he had with one of his friends who complained that his wife’s vagina was no longer the same way after two normal births and that has become a huge problem in the marriage. We didn’t want that for our marriage so I opted for a CS,” she explained.

Theresa is glad about her choice of childbirth and maintains it’s the best decision she took in order to keep her sex life exciting with her partner.

Aba, 26, who also delivered her first baby girl by CS, said she opted for CS to keep “the place tight”.

“I am too young to lose the tightness of my vagina. Besides, my baby’s father didn’t marry me and I didn’t want the man who will marry me later to complain about it,” she explained.
According to Aba, she knew a lot of young couples who chose CS over natural delivery for the same reason.

Mildred, a 25-year-old first-time mother, was faced with the option of CS because nurses told her baby weighed too much. She insisted she wanted to experience the natural process of childbirth.

She was given the opportunity to experience it but later she regretted how much pain she had to endure to birth her baby.

“It was terrible; it was very painful, the pain ‘down there’ after delivery was another worry but few weeks after I was okay,” she affirmed.

“I was disappointed. I was crying. The ‘hole’ became too big for my liking so I had to hit the gym after three months. I did a lot of pelvic exercises and drank two tablespoons of apple cider vinegar in warm water every day, I ‘steamed’ my genital over hot water daily. I did all sorts of things just to tighten it. However, after six months I came back to my normal self,” Mildred detailed about her sexual experience after natural delivery.

Mildred now enjoys her sex life with her current partner but fears the idea of undergoing similar delivery again.

“I don’t want to go through that again, I will go by CS with subsequent deliveries,” she said.

Ms Juliet Dzogbeta, who had been through both Safe Vaginal Delivery (SVD) and CS, shared her thoughts on CS and natural delivery.

“CS is very painful and the pain lasts longer. The wound takes a longer period to heal. But for SVD, one is up and doing after 24 hours,” she stated.

Technology advancement is also making it possible for others to opt for CS because they want their babies delivered on a particular day or want to skip the pains of labour.

According to experts, C-sections are in high demand because of varied reasons.

“Expectant women or couples who want certain dates of the month, for instance, December 25, which we call the Christmas babies sometimes request for CS,” Mrs Jacqueline Adiaba, an anaesthetist, explained.

Mrs Mercy Dzah, a 34-year-old teacher and a mother of three, said her first delivery was a dramatic one. She told nurses “either I deliver my baby via CS or I’m going home!”

“I was bent on having a CS delivery to skip labour pain but the nurses objected and assured me I would have a SVD”, she said.

Nurses who attended to Mercy were firm on her and eventually, she grudgingly agreed to have a SVD.

“My subsequent deliveries were, however, less painful. So I see that if you go through it once, the subsequent ones are not difficult”, she assured.

Mrs Baaba Coffie, 35-year-old PR Consultant, had her babies delivered by CS due to medical reasons and not for the quest to preserve her genital.

“I knew I had to have a Caesarean for my first pregnancy because at six months, I developed a serious complication. It got worse at 32 weeks and my baby’s life was in danger so I had to have an emergency caesarean,” she explained.

Premised on her experience, she believes C-sections are not the norm and, therefore, should not be the ideal choice if there are no accepted medical indications.

“I won’t advise anyone to opt for CS unless there’s a medical reason for it. Surgeries are not the norm so I see it weakens you. It can also be limiting because you can only go through four or five C-sections,” she stated.

People who witness painful labour by families and friends also fear going through same and, therefore, might request for CS. Expectant women who want to deliver on a certain date, for instance, student’s going to write exams or somebody wishing to travel also might request for CS.

According to Dr Lawertey, “CS does not necessarily maintain vaginal tightening if already ‘loose’. After SVD it takes four to eight weeks for involution, genitalia return to pre-pregnancy state.”

“SVD is the safest mode of delivery, if there are no contra-indications. For a lot of those who opt for the CS with social reasons, when the facts are projected, we are able to talk them out of it by reassuring them of safety”, Dr Lawertey advised.

He recommended Kegel exercise to help tighten the vagina after delivery.