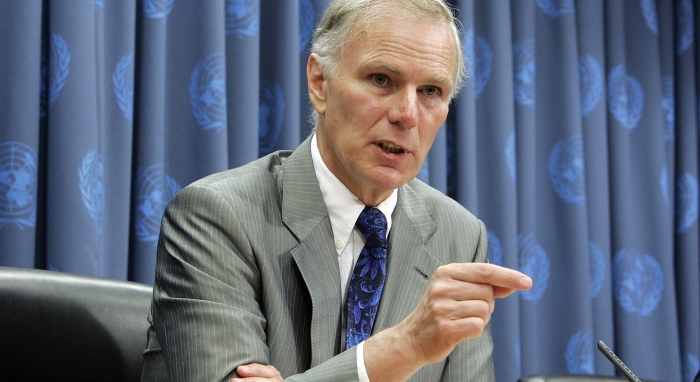 The United Nations’ Special Rapporteur on Extreme Poverty and Human Rights, Philip Alston, has accused Ghanaian politicians of creating appealing slogans for programmes which ultimately do not significantly benefit the country’s economy or the lives of its citizens.

Noting flagship projects of the current New Patriotic Party (NPP) administration like the one district, one factory and one village, one dam, Philip Alston stated that such programmes, while attractive on the surface, achieve very little in principle.

He added that he was pessimistic about the prospects of projects initiated by the government playing an immense role in boosting the country’s economy and bridging the gap between the rich and the poor.

“Ghanaian politicians are maybe world champions at creating memorable slogans that are really good. [One District], one factory; [one village], one dam; [one constituency] one million dollars, et cetera. I see no reason to be that optimistic. There is a lot of data as to whether you can build one factory in each district, how much employment is going to be generated and the likelihood of all of these programmes being able to get off the ground and running in a short period of time is questionable,” he said.

Briefing the media on his preliminary findings after assessing the effectiveness of measures undertaken by successive governments to tackle extreme poverty and inequality in the country, Philip Alston stated that although the efforts to bring in more “private capital” were commendable, the structure of the programmes prevented them from greatly improving the lives of the poor.

He advised the government to focus instead on redistributing the country’s wealth in order to lift persons with low-income levels from their penury.

“I admire the innovation, I admire the effort to try to stimulate the economy to bring in more private capital, but these programmes are not designed [towards], and will not result in improving the situation of those living in poverty. The only way to do that is to redistribute resources from those who have plenty to those who have almost none.”