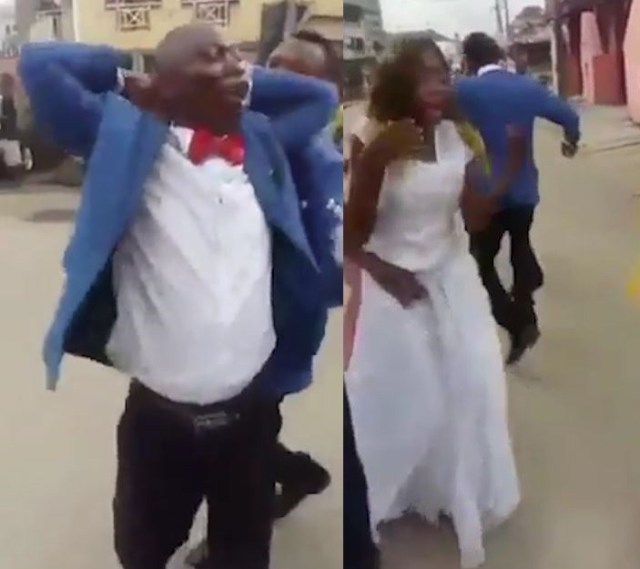 Hours ago, we shared the report of a Nigerian man who took his guests and family members by surprise on his wedding day when at a moment during the event, he went agog like someone who was suddenly possessed by a demon.

The man, all of a sudden began to clamour that he’s no longer interested in going on with the wedding with his wife, as he walked away from the occasion and took to the streets.

A full video which has emerged online, shows the man saying “She’s been cheating on me” and thus, his reason for discontinuing with the wedding.

As the bride struggles to catch up with him, begging, he yells to his best man “She cheated on me, she’s been cheating on me”.

When the lady tried to touch him, he seized her bouquet and threw it on the ground in anger while warning her to leave him.