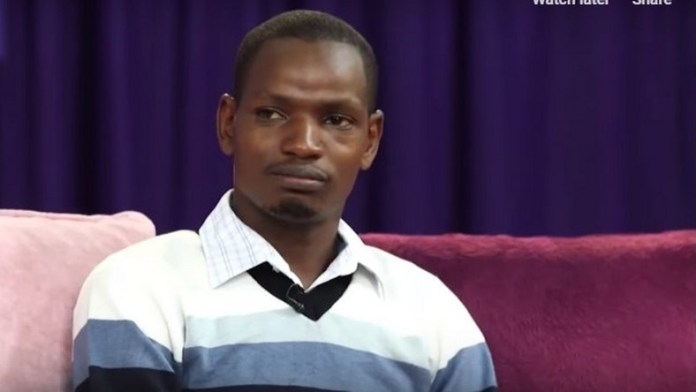 A Young Kenyan man has regretted sleeping with his boss when she offered it as the only condition on which she would finance his education, but the harm has already been done, he is HIV/AIDS positive.

27-year-old Kimutai Kemboi was a gardener, and at age 22, he decided to return to school to further his education, but he did not have the wherewithal.

He then told his female employer about his situation.

However, the single mother attached a string to her help, saying she could only help the young energetic man if he had sex with her.

“She said if I slept with her she would educate me. I was very desperate, so I gave in,” Kemboi said in an interview with Kenya-based Switch TV.

Out of desperation, the young man thought it necessary to use what he had to get what he wanted. He ended up having sex with the old woman, and little did he know that one night stand was going to ruin him for good.

Two years later, he decided to get tested for HIV, only to realise that he had been carrying the dreadful virus all these years.

“I got tested two years after I slept with her. I was confused when I got the results. I did four tests, and they still came back positive,” Kemboi narrated.

Then came the time to do retrospection to trace the possible origin of the HIV, and he recollected having an unprotected sex with his boss two years ago.

He is now alleging that the woman deliberately chose to be wicked to him by offering sex when she knew very well that she was HIV positive.

“I think she knew she was positive and it is like she infected me intentionally,” Kemboi claimed.

It is not clear what options are available for Kimutai Kemboi now, but the moral lesson here is that, HIV/AIDS is real, and protection of oneself in such situations as the one he found himself in is always prudent.